By: Anonymous
Special Thanks to: Flummoxer, Simple013

The Dwarven Tunnel is just a little shortcut from Catherby to Taverley, or vice versa. Using this tunnel saves time, since you will no longer have to traverse the long, confusing White Wolf Mountain pass to travel between the two cities.

One entrance is just north of Catherby, and the other entrance is south-west of the Heroes' Guild. 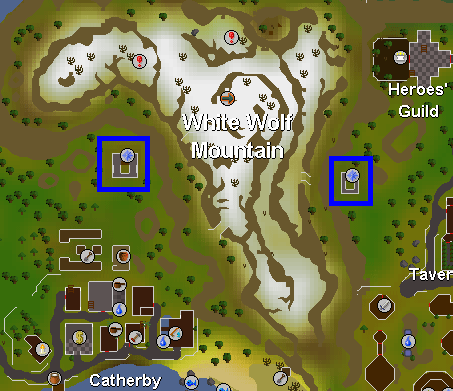 When you are at either of the two entrances, climb down the stairs and then you will end up in a tunnel. 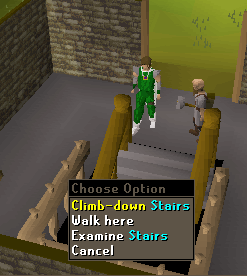 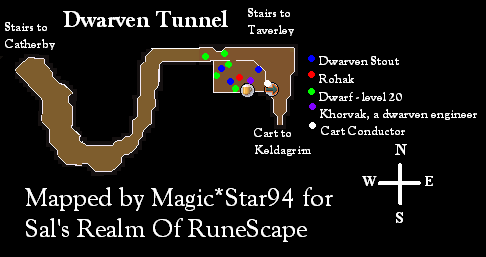 There is a bar in the east part of the tunnel, and lots of dwarves. Khorvak, a dwarven engineer invites you to have a dwarven stout.

There are a total of 3 respawns on the tables in the bar. A dwarven stout adds +1 to your mining and smithing level. 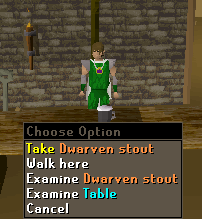 Just to the east of the bar, we have mine cart rides! Speak to the Cart Conductor, and you can buy a ticket to Keldagrim for 100gp, or 75gp if you are wearing a Ring Of Charos (a). This cart is used in the Giant Dwarf Quest, and you can only ride it after you start that quest. You can also see the mine cart in the dwarven mines.