The Experiment Cave, home to one of the most popular training monsters in RuneScape, could be your second home if you decide to train combat. This dungeon also plays a large part in the Creature of Fenkenstrain quest, so just check out this guide for all you need to know! 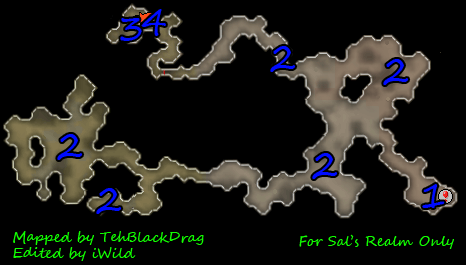 Push the eastern-most memorial stone to enter the Cave. 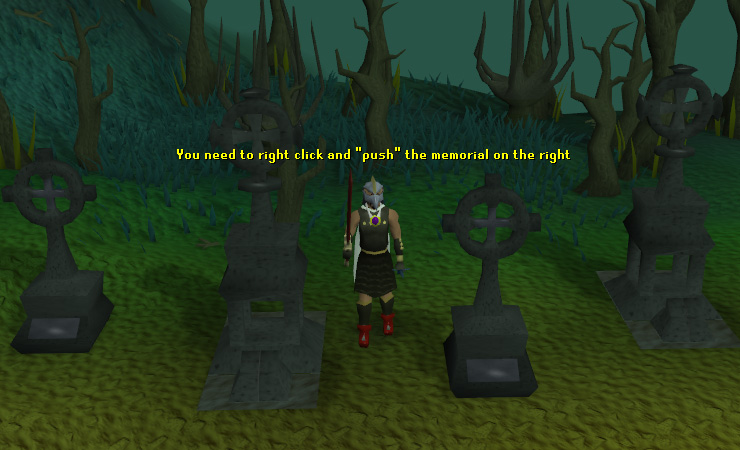 These low-level creatures are for many the main attraction of the Cave, hence the dungeon being named after them. The Sheep-dog and Spider-Man Experiments are both Level 25, and have 1,000 Life Points, making them very good for combat training at any level. The Wolf-Girl Experiment is Level 51, and cannot be killed after you have obtained the Key. 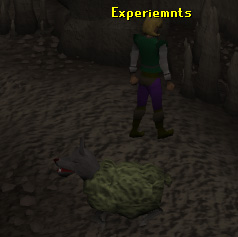 To access this area, you must first kill the the Level 52 Experiment and take the key it drops. Open the gate in the north-west passage in the Cave, and open the chest to find the Cavern Key, which is used in the Creature of Fenkenstrain quest.

This ladder is climbed during the Creature of Fenkenstrain quest. 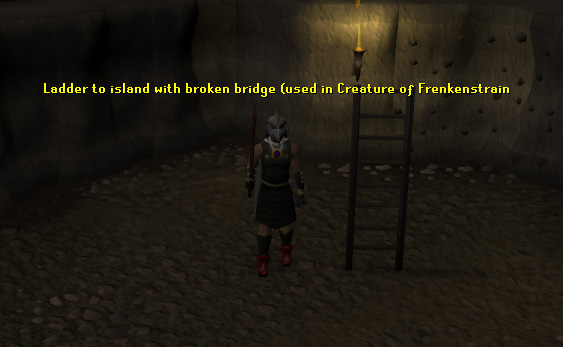 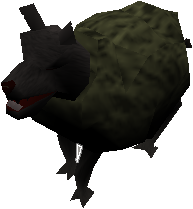 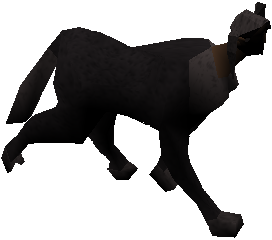