There are two ways in getting to the dungeon. The first one is by going east of Varrock, past the wooden gate and then north of the Temple. The second way is by taking the path west of Canifis. This is all shown in the map below. 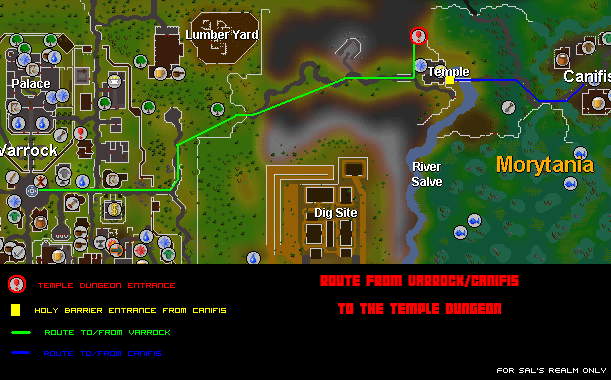 The trapdoor entrance to the dungeon using the route from Varrock will be under a small concrete building of sorts, which is shown below. 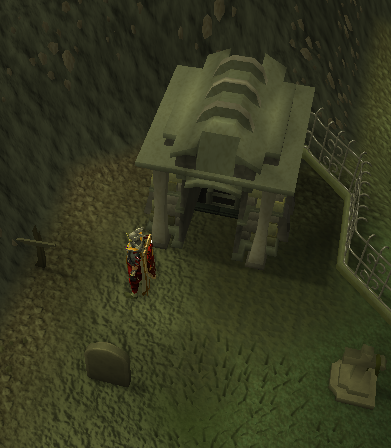 From the Canifis route, you go across a bridge and then there's a trapdoor. That is the other side of the dungeon, and this entrance is also known as the Holy Barrier. 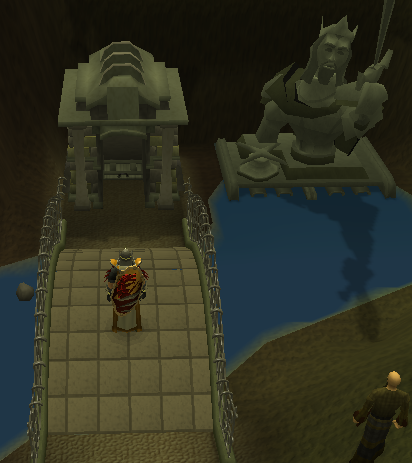 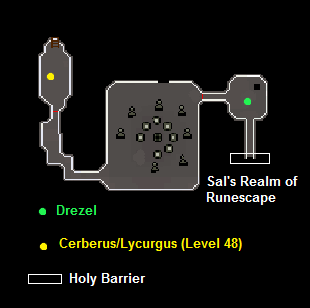 Starting off from the Varrock route entrance, you will find the temple guardian named Cerberus (level 48) who you have to kill during the Priest in Peril quest, therefore you won't be able to attack it after the quest. It will also be replaced by Lycurgus, a non-attackable level 48. 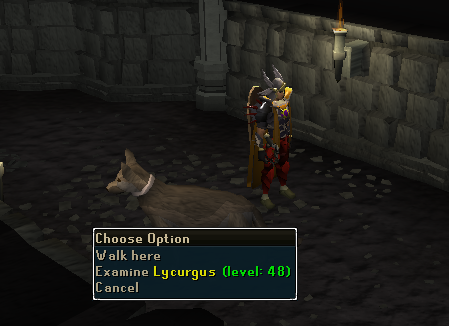 Just past the beast, there is a gate to move on further down the dungeon. 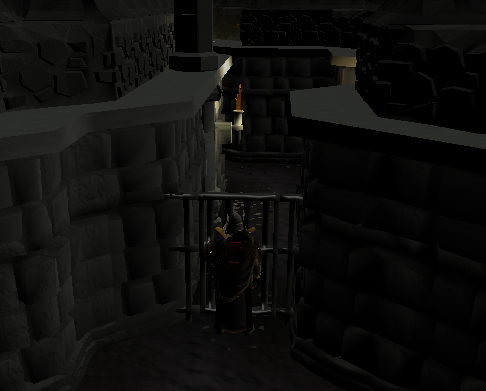 Going past the gate and through the tunnel will be a well, which is used in the In Aid of the Myreque quest. Circling the well are some monuments. These are used during the Priest in Peril quest. The well is also used to make Rods of Ivandis: an effective weapon against Vampyres. With a rope in your backpack, use a Silvthrill Rod on the well to create a Rod of Ivandis. 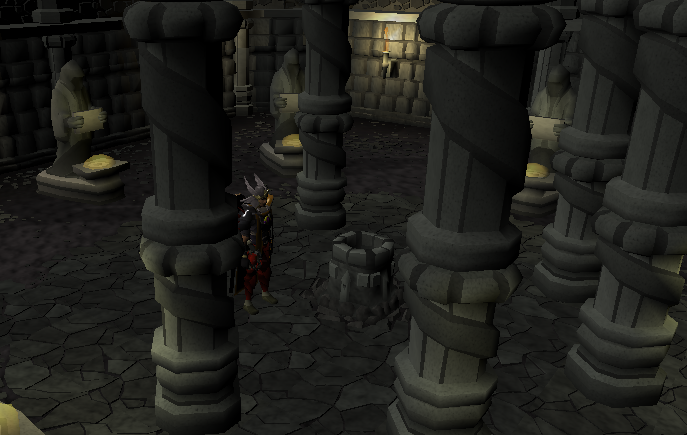 On the northern wall of this room is a staircase leading down to the Columbarium. During the Legacy of Seergaze quest, players use this area to cremate the remains left behind by Vyrewatch creatures after killing them. This can also be done after the quest, and each soul freed by cremating a vyre corpse results in a Columbarium Key appearing. these keys unlock the coffins in the walls of the Coumbarium which contain treasure. there is also a lectern in the Columbarium which keeps track of how many Vyreatch corpses have been cremated. For every 50 cremated corpses, the Ivandis Flail's power increases. 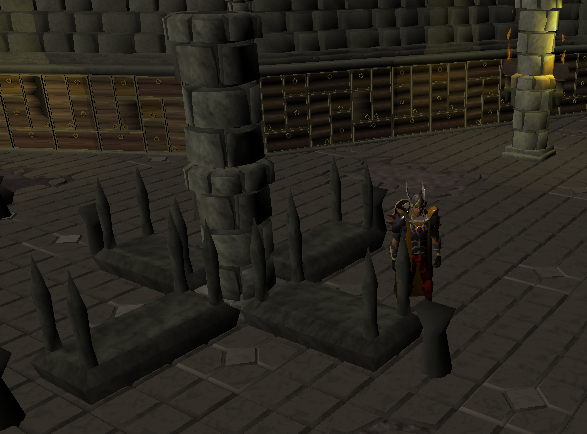 Moving on past the well is a gate to Drezel.

The Nature Spirit quest starts here, as you speak to Drezel about the quest. He also plays a major role in the Priest in Peril and In Aid of the Myreque quest. If you have not completed the Priest in Peril quest you will first have to kill an aggressive level 48 Ghoul before passing into Canifis. As a reminder, Priest in Peril is no longer a requirement to access Morytania. 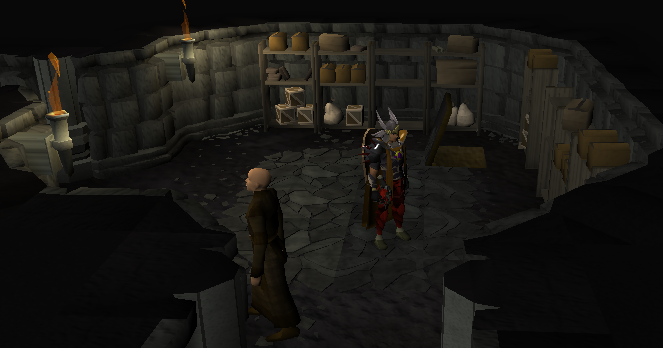 Just to the left of him in that image is a trapdoor, which leads to a library that is used in the In Aid of the Myreque quest. 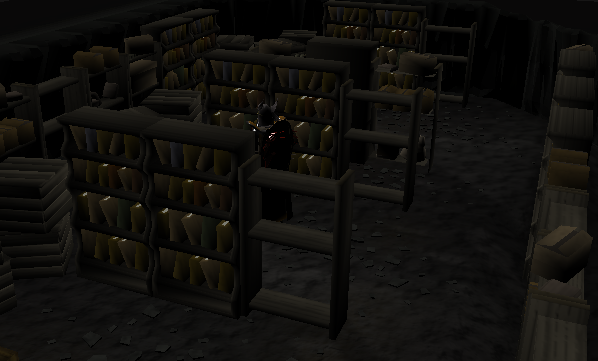 Past Drezel is the Holy Barrier, which is the entrance to the Mort Myre Swamp, and the end of the dungeon. 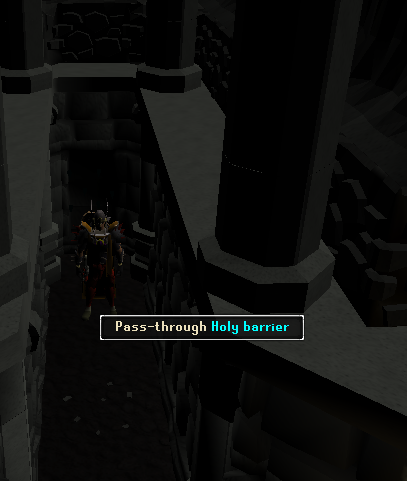