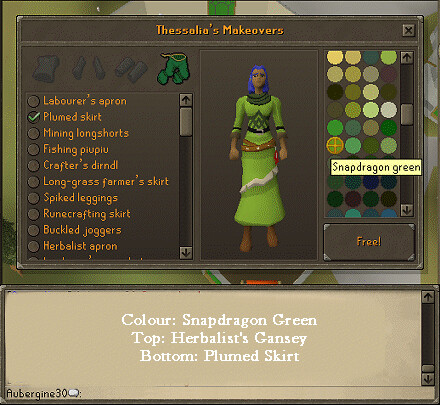 dress of the day

Will use fire spells on black demons in Taverly Dungeon. 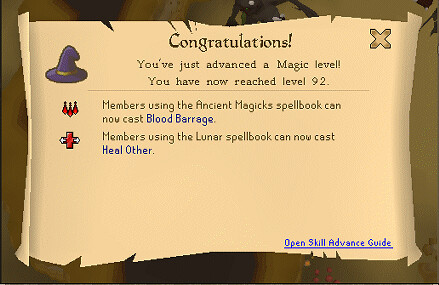 A healing familiar, preferably a Bunyip, can greatly extend the length of time a player may stay in the dungeon. They are particularly useful because familiars such as the Bunyip heal 20 lifepoints every 15 seconds, which is roughly how much damage the Warped terrorbirds deal. Their ranged attacks are low-hitting (if using ear protection) but persistent, so much damage will be sustained if no healing familiar is used.

At higher levels, Guthans works very well, if killing in the room at the end of the dungeon with only one terrorbird in it. Furthermore, the flexibility of the warspear allows players to change attack styles according to the bird's weakness. Bring a Prayer potion or two, using Protect from Missiles if health gets too low, and a few pieces of high level food. When one is of a high enough level (75+ combat stats), they may kill these birds without any food at all, due to the fact that the healing properties of Guthan's will be higher than the damage received, when meleeing the lone bird. This way, a player may stay in the room until one piece of Guthan's armour degrades to 0 percent.

Flashing the Protect from Missiles prayer for a short time will make them stop using their ranged attack, as long as they are out of melee range. This is helpful if the player only wants to take damage from one at a time.

A good place to slay warped terrorbirds inexpensively is at the very end of the dungeon. It is important to note that the Protect from Missiles prayer is effective here; it allows the player to run through the dungeon without taking too much damage. When the player reaches the large round antechamber with a pit in the centre and doors on four sides, he/she can go through the west door to a room with only a single terrorbird. At this point, Protect from Missiles is no longer necessary. This strategy will save the player from having to use Prayer potions. The spawn type of this bird varies, so bring a weapon for crush, slash and stab attacks. A spear works well for this purpose, and Guthans can be utilised to heal.

Wearing the best melee protection armour available and wielding a good weapon such as the Abyssal whip or Dragon scimitar is quite effective. Also, a Zamorakian Spear is an excellent choice as it can use Stab, Slash and Crush attacks, while still being powerful, and as fast as a whip. An alternative is using a Staff of light, which covers all three attack styles, and is almost as good as the whip, while currently cheaper than the Zamorakian Spear. A Slayer helmet, or the Black mask if the helmet is unavailable, should be used as the Attack and Strength boosts are great benefits.

If you do not wish to pay for prayer potions and can use Spirit Trees as well as the Ardougne cloak 1 (or higher) and have a Ring of duelling this method may work out for you. Use the Spirit Trees to teleport there, then when you are being attacked by a ranged attack, use the prayer. You may notice that if you use a protect prayer and do not move, you may turn it off without any existing terrorbirds attacking you (usually), any new spawns will still attack you. Turning off the prayer when it is unnecessary will help prolong your stay. You will also want 20 or so of a cheap food (i.e. tuna/lobster). When your prayer or food runs out, use the cloak to teleport to the monastery and restore your prayer. If you are using a familiar and you have run out of summoning points, use the Ring of duelling's Castle Wars teleport and use the Obelisk. If not, then teleport to Mobilising Armies and use the Spirit tree there. (Runescape Wikia)

I found the warped terrorbirds easy to kill. 123 monsters yet to kill.

There are no comments to display.