I had been given a knife that I really liked the feel of so I decided to make a similar one that I wouldn't care about using and abusing. Below is the puma white hunter I was given and the inspired knife below it. 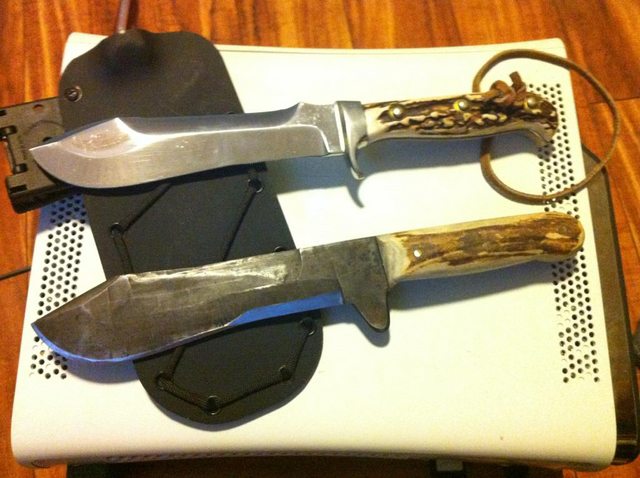 It's a little beat up already because I was whittling some sticks and splitting some 2x4 chunks for a fire. I tried a few new techniques making this one too. Particularly in using two different edge angles to facilitate slicing and chopping, respectively. As for looks, I left the dark heat treat scale on the knife to help with rust resistance (carbon steel!) and because I think it looks cool. :P

I think my next foray into knifemaking might be using an old file I softened during this knife's heat treat. Just need to think of a design...suggestions welcome?