Yesterday, March 28th, in the year of the common era 2014, after my 1337th explosion on how much I hate what this game called RuneScape, which I used to love, has become. I had finally had enough, and I hopped in my time machine and started waay back in 2007. If we want to get technical, this is before my account was created 6 years ago. I may have caused a paradox but nothing seems to have changed. I'd like to share with you my rationale, with some treatise on design and marketing, and well, feelings.

Proper stories are supposed to start at the beginning. This isn't the beginning, but it is a beginning. When I created my account sometime in probably 2008 (I slept a lot since then, forgive my memory) I was in love. I was 13, and naturally had to lie about my age to create Sir Beck4. I wasn't very smart or very creative with names. Being set in a fantasy game I wanted to be a knight, hence Sir. Beck is my last name, and 4 was the next number not taken. I still want to viciously murder whoever is sitting on Sir Beck.

Since I lived in a log cabin in the middle of nowhere (ok not really) I was a f2p because my parents were poor, but now we're just getting off track. Anyway, eventually, I became a member. The entire universe felt like it had opened up to me. There was so much to explore, so many people that needed my help, so much trivia to remember. (Go ahead, ask me anything).

After time and tribulation, I was standing on the precipice of something great: the almighty quest cape, that I always wanted, the part of the game I held most dear. We'll discuss this in more detail when I get to the actual rant.

My whole world started to crumble when one day Nomad, master of a minigame I actually enjoyed, became my enemy. The cracks weren't noticeable at first but as more and more quests requiring me to kill something were released they became more evident, until ----

Here is a great time to talk about skill floors and ceilings. These walls have nothing to do with actual stats, but on the person wielding them. Skill floors can be defined as the bare minimum competency to successfully (in this case) kill something. The ceiling, how efficiently you do it (think

clawing jad.) Dragons have just 0, for example. One special piece of equipment, be it super anti fires or a shield, and a fair level in attack. Nomad at the time baaasically had to be done with blood bolts, switching to diamond when he was about to kill you. In all fairness nomads attacks were revealed before you actually fought him. I can't complain about the design of the quest (this time). However, try as I might the skill floor was too high, I couldn't manage to actually kill him. I ended up cheating, along with Char, whom was released later, with a death-dart.

No big deal right, I'll just train my skills and get better gear, right? Try as I might that never happened. I will recognize that I'm just bad at the largest portion of the game: Combat. Specifically, this blasted new flavour called an "evolution" completely ruined what small glimmer of hope for any new combat species, the skill floor raised beyond what I'm capable of. I shouldn't have to unlearn 5 years of habits to kill anything! Dungeoneering bosses were fine, they aren't nearly as complex as what the sadist they hired designed as new bosses for this iteration of the game. (Not to mention the level scaling).

There's nothing particularly wrong with micro-transactions, I mean I buy stuff from the TF2 store all the time. Cosmetic items are fine, even weapons. The thing with TF2 is, however, you can either unlock any and all weapons with game play, or buy them, not buy keys and gamble for them. It is malicious design that has left micro-transactions as a dirty word in the consumer's vocabulary. I claim that RS3 is just that. Take for instance some of the skill boosting outfits. Now, unless I'm sorely mistaken, they're only on the wheel during a promotion. If you were smart, and I'm not, you would have bought spins--keys-- with either bonds or actual money. Those who didn't are left to either do dailies or saved spins & have less of a chance. Those that do not get the full outfit are left at an unfair disadvantage. Granted, it's not a huge disadvantage, but 6% xp is quite helpful and nearly mandatory for some skills, because jagex designed the xp between levels as an exponential function, and many skills grant xp logarithmically (More or less). Putting some xp rates behind a paywall is malicious intent if there ever was. One blessed exception being Dungeoneering, whose xp is cubic (thank you leaf) and stays at an acceptable "time to next level" rate. Everything else is a grind fest, or an expensive grind fest.

As a note, I'm aware that xp rates are worse than they are now between rs3 and 2007, I accept this because... well I'll explain more, hopefully.

With companies, especially in the tech and software industries, there has to be a certain level of trust between the consumer and producer. i.e, Brother printers are a trustworthy name in the field, and hp makes better printers than computers but we're straying dangerously close to opinion again. Brother produces, unless I'm wrong, lazor printers exclusively. They are cheaper to operate, etc etc I'm sure you've heard the argument. Brother is an ethical company, more or less, as they provide drivers for every operating system, even the almighty Linux. They at least claim to support the environment but I haven't researched it. Point is, they have built a foundation of trust in the industry. Oculus is a company that built trust and then squandered it off for a stack of cash (2billion). They were trusted, by sponsors, to provide a limitless possibility VR headset, one unencumbered by corporate interests, other than to sell the darn thing. Now facebook owns it and will turn it into a walking ad machine. It is a betrayal of trust and while there was no legal responsibility to not sell the company, it is a betrayal of ethics.

I used to trust jagex. They had a sense of humour, knew what was best for the game, not what was best for the linings of their pockets. I'm fully aware they were bought out, and the upper management is to blame for Squeel, Solomon's, rune coins. I think stuff like bonds and member loyalty programs would have developed naturally. I have come to the opinion through crap like this that being a publicly traded company is incompatible with being an ethical company. I no longer trust jagex. The game is now a product to be sold, it's no longer fun to play. When Fate of the Gods was released I thought the 160 level bosses would at least be manageable with my equipment and stats. After the third death I decided it wasn't worth tormenting myself. I used to love quests. No feeling of torment surrounded the boss battles that they just had to throw in there. No hints, no advice, and poor design, and I'm left clueless and sad.

Bringing me (back to) Combat. I have what was considered the upper end of gear. Bandos, slayer helm, vinewhip, rapier, crystal bow, karils, ganodermic, staff of light. IT IS WORTHLESS. Case: Birthright of the Dwarves (we won't actually discuss design this time). With my faithful crystal bow, Rocktail soups and Karils, I can barely hit Hredmir, staving off his stupid special attacks. Natural Instinct, the adrenaline draining ability does nothing. he spawns hellacious amounts of minions more than content to blow up in your face in two seconds, and your meager amount of lifepoints in your once-great gear just falls away. Port armour is great and all but I don't have it yet, and while I can appreciate the design of a slow grind for free, good gear, I'm left vulnerable, especially when it comes to...well, anything more complex and higher level than an automation.

I cannot quest in RuneScape 3 anymore. Jagex has felt the need to show off their stupid combat system in every new quest, bringing me only tears. What was once mirth and merriment when a new quest came out has been replaced by dread. The ONE thing I enjoyed in this game was taken from me, replaced by keys, paywalls, and malicious intent to sell a product, not the product selling itself. All else is now devoid of pleasure. 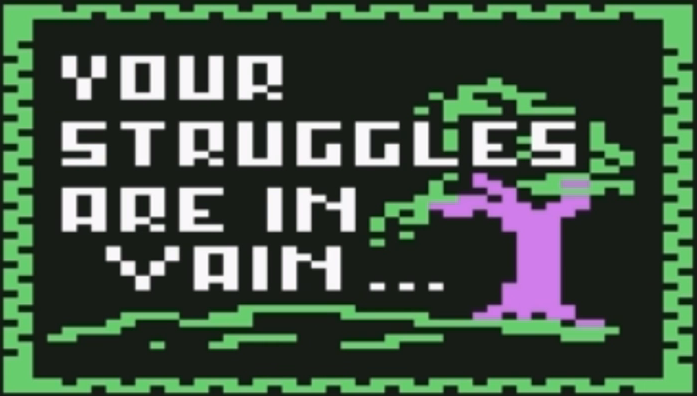 I have brought you, hopefully with the utmost clarity, my reaction to what this game has become and why I hate it. Now let me guide you through the reason I have chosen to reject reality and live as it was 7 years ago.

So there. I guess I'll see you in the past. If you would be so kind as to keep me company in the friend chat, Salmoneus, that would be wonderful. I love you guys and gals, and enjoy being a part of the clan and this community. As near as I can tell the feeling is mutual. You know where to find me. 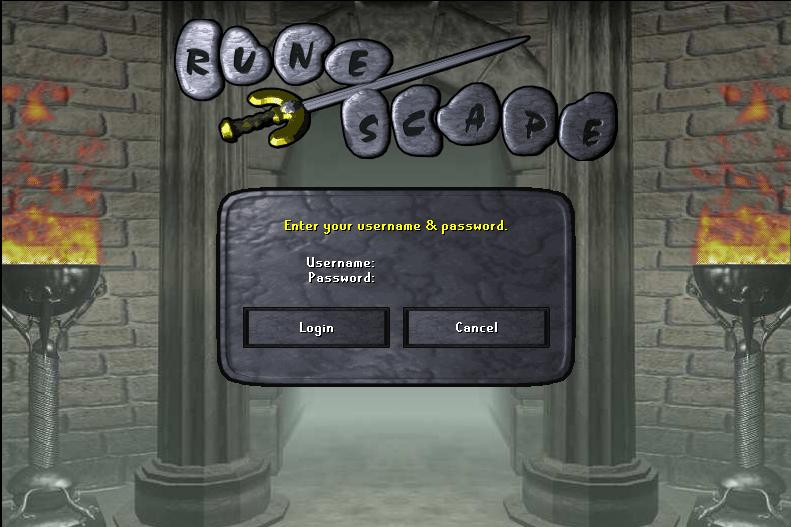