Just wrote a quest guide on this and took a bunch of extra pictures, a few of which will probably go in the guide. But I'd thought I'd post them here anyway.

I thought it was hard for an intermediate quest. Probably should have been experienced at minimum with that difficulty. The puzzles were difficult (especially when compared to the grandmaster Plagues End "puzzle") and I'm not sure the combat would be easy at a low level. Overall the quest was OK. It was not voice acted, which felt awkward actually because every quest like it so far has been. You can hear Sliske's laugh every now and then and that's it.

They brought Nomad back for this one. I dislike how they made his master some random dude instead of someone important. A few people also questioned why he was fighting for Zamorak when he should be on his own. This was answered when he betrayed the team and took part of the stone for himself. I also thought during one of the flashbacks they made Zamorak seem like a wuss. 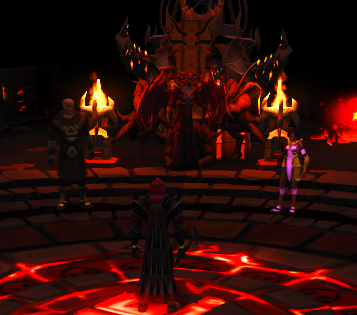 Death tries to capture Nomad's soul because he has evaded death? Or something like that lol. I did not really pay attention to that part. 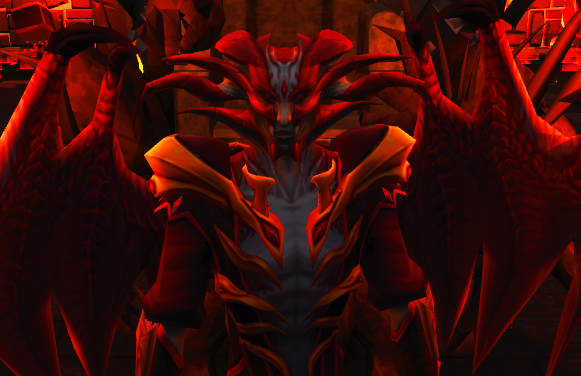 Viggora reports to Zamorak. This is the guy from the Ghostly Robes miniquest. For some reason he appears four feet tall here. 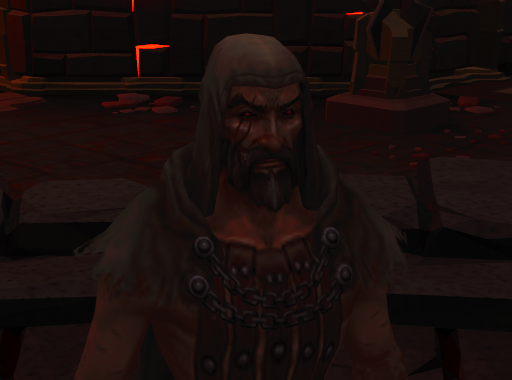 Werewolf dude. After getting thrown out of the Twilight cast, he is forced to work for Zamorak 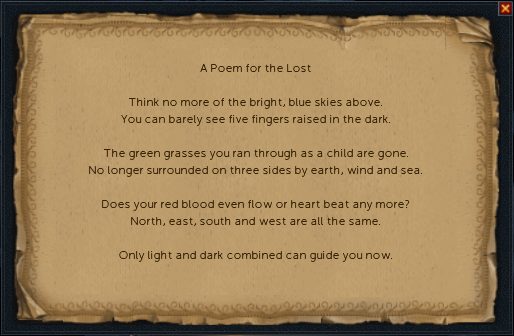 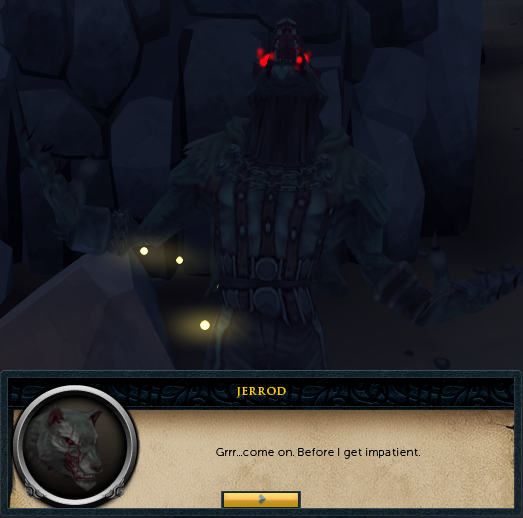 I guess it's a full moon? 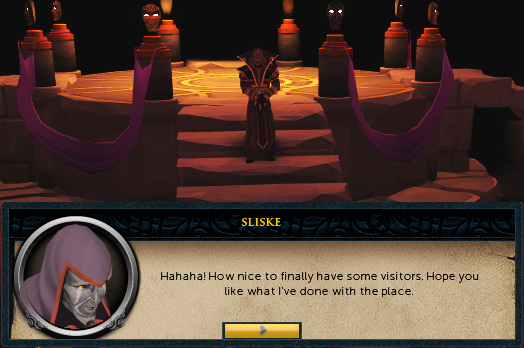 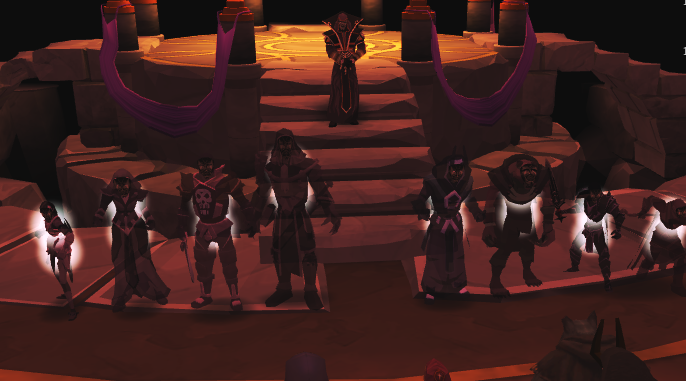 Sliske summons a shadow version of each heist member (including yourself, not in this picture) to fight you. 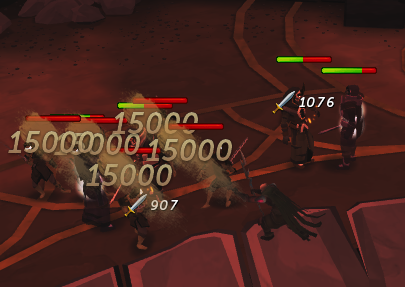 You briefly get to play as Nomad, killing the wights. He can one hit everybody he faces. 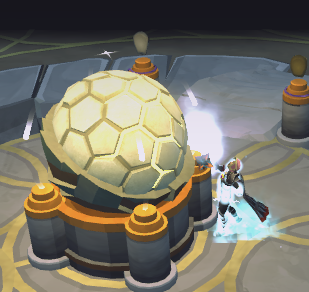 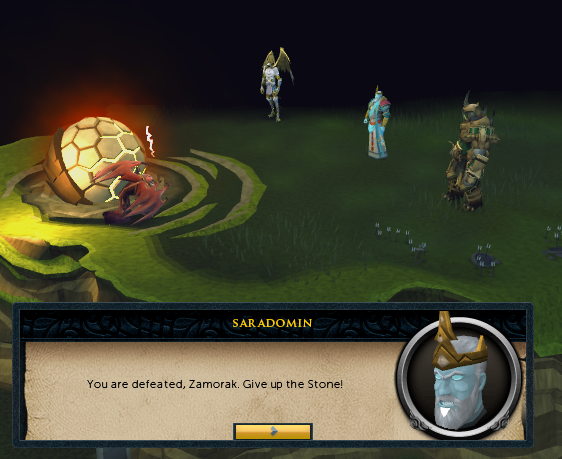 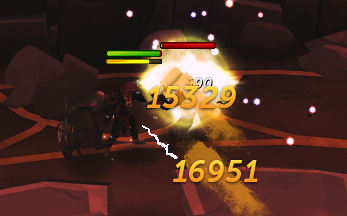 After touching the stone, you can hit really high (the two big hits are equivalent to 153 and 169 on OSRS). 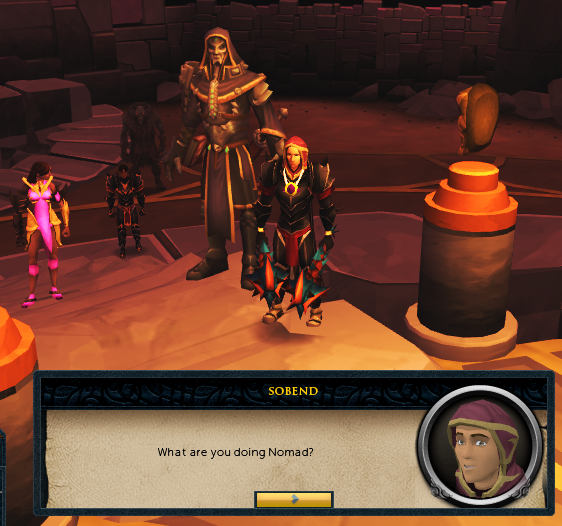 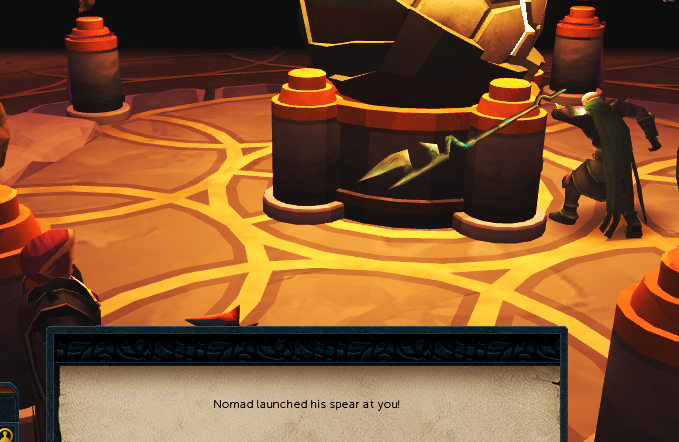 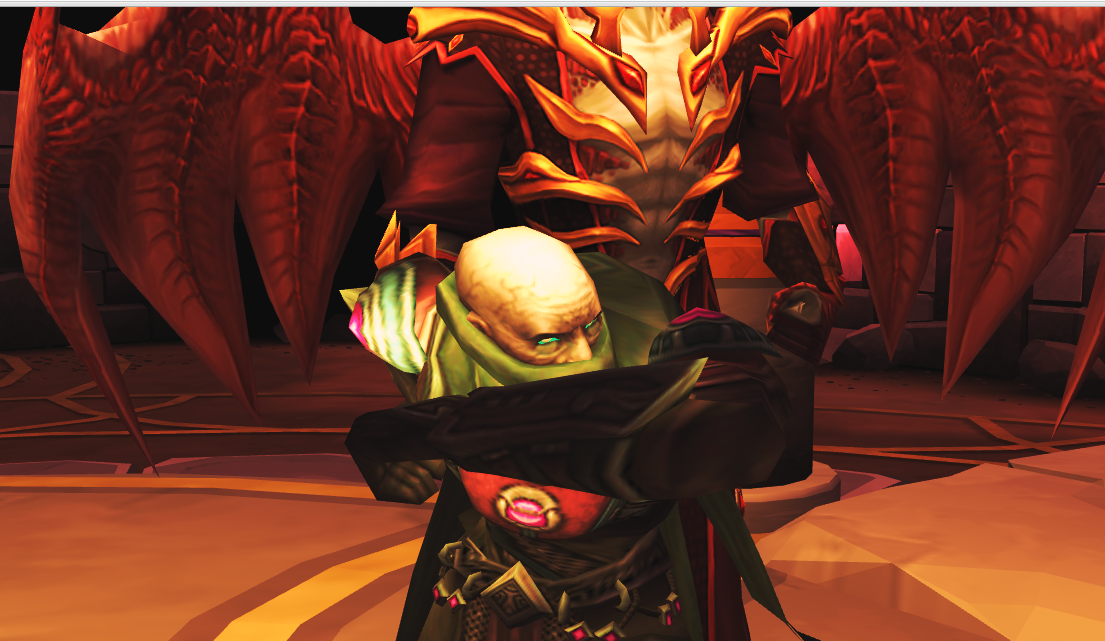 Zamorak attempts to kill Nomad, but he escapes in time

Here is when you choose who to side with.

Unrelated, but for some reason I keep getting logged in as anonymous. I keep logging in and out to stop being anonymous but it doesn't work. Hellppp.