So I was looking at an interesting recipe that had oven temperatures listed in Fahrenheit, so I typed "225F" in Google to take advantage of Google's quick converter. 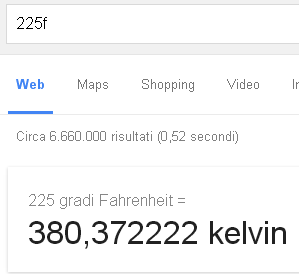 I'm not even mad, magnificent love-childs (for the record, that'd be 107°C, or "just above boiling point" in cooking instructions)