I made a rough draft of what to say in these entries. There's enough to fill at least seven of these posts. Welp.

After landing in Dublin on a very windy Sunday afternoon, we were scooped up by a bus sent by the language school that would support us through the internship and the others met their host families at a parking lot in West Dublin. Yeah, the others, because M. and I would have to be driven to our host family, a nice old lady and her (daughter's) two cats in western Knocklyon.

We had a quick chat to get to know one another and we faced our biggest adversary: the South Dublin Accent, manifesting itself in making us confuse - for instance - the words "pub" and "pope". We couldn't understand how Pope Francis would serve beer and have live music at a twenty minutes' walk from our house...despite it being possibly the coolest thing ever.

We both got to our rooms (mine was bigger, but his had a desk) and then set off for the most important things to do:

1. say hi to E. and G., two girls from our group who lived the closest to us, and

2. map the nearby pubs and set a meeting point.

At this point I should say that M. was one half of the sweet-as-molasses couple I mentioned in part one; the other half, R., lived about two miles away. Poor lads.

We had been assigned our internships a few days before: M. would work as a gardener in Phoenix Park, while I would work as an admin assistant in an industrial estate in West Dublin. He'd start work at 10 and I would start at 9.30, which, accounting for timezones, meant that for us it was like starting at 11 and 10.30 in the morning. SCORE!

The next day we took the bus to the language school. Some of us arrived a bit later because they didn't realise that, since Ireland drives on the left, they were at the wrong bus stop and missed it as a result. They were duly made fun of.

The language school held a crash course in Irish slang and tips about living in Dublin and brought us on a walking trip of the city centre, during which - guess what - it started raining, and I forgot to put my raincoat in my backpack.

A lesson truly quickly learned; since then, the raincoat would always be in my backpack.

It rained precisely once more during the daytime for the whole flippin' month, and precisely on the same day I had left my backpack at home.

And on the day after - Tuesday 18 - I started my internship in a recruitment company (how ironic, an unemployed person working to find work for others). The coworkers were very nice to me, but I realised that the South Dublin Accent outlined earlier was, possibly, playing in easy mode. A few coworkers from all over Ireland had accents I couldn't believe were made by humans, not to mention the speed at which they talked; took me quite a while to understand what they were saying, but I also realised that most Irish people talk too fast even for one another to understand, and so half the conversations are made up by the words "Sorry, come again?" or similar ones.

The not-so-good part was that I had to take two buses to get to work, and I could either choose to go to the city centre and get jammed in traffic, or go to the outskirts of the city and take the bus there in the other direction, in exchange for quite a longer trip. I took the latter option. I had to change buses in Tallaght, which in Gaelic translates to "plague pit". Lovely place. 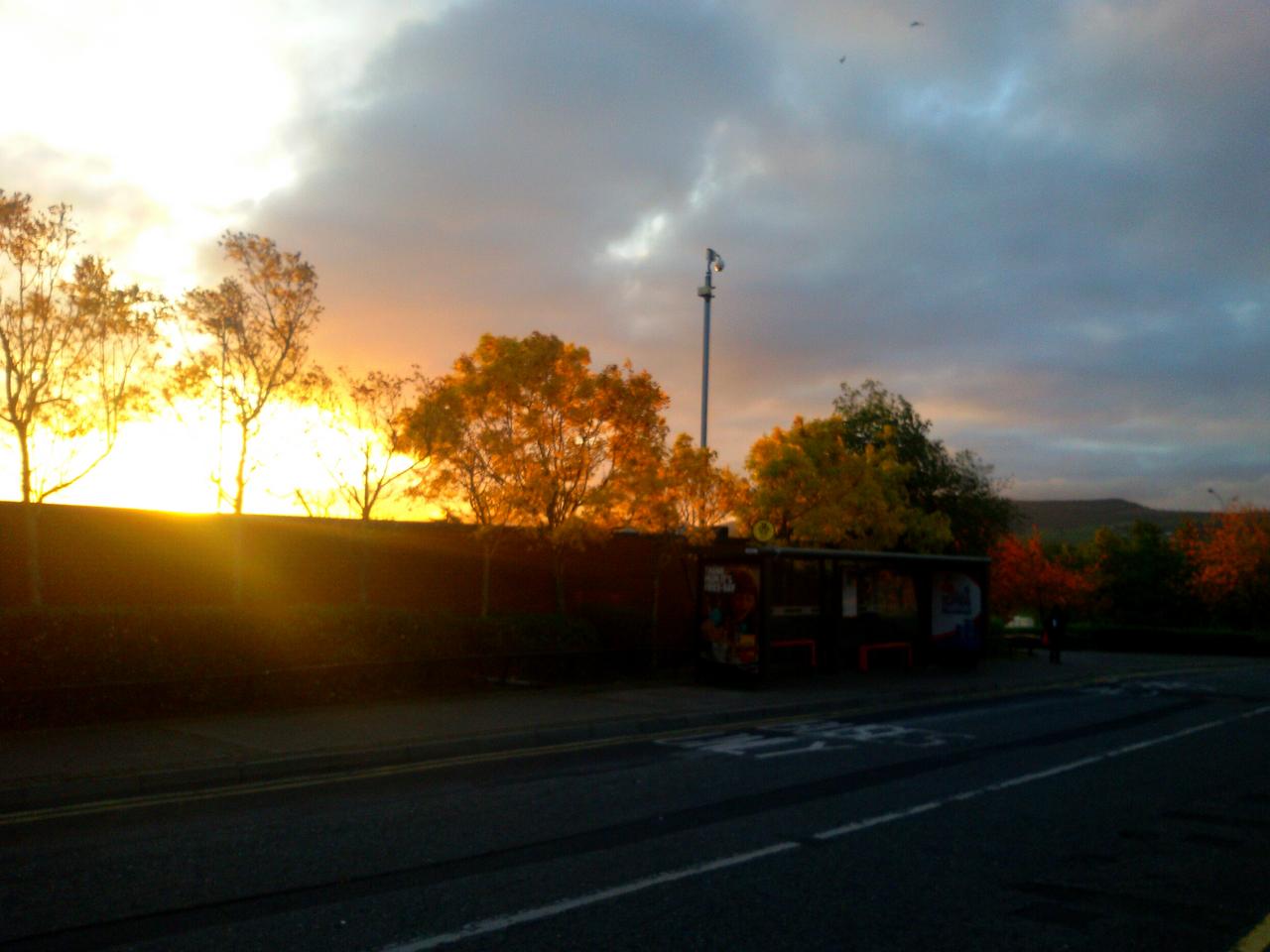 The workload itself wasn't heavy: formatting CVs, searching databases for suitable candidates, inputting work hours in the payroll database, filing of invoices...usual clerical work. I also had to phone applicants to ask them questions relevant to recruitment, like pay expectations, notice period, reason for leaving, and such.

PRO TIP: if they ask you a reason why you're leaving your current job, "I'm bored" is a terrible answer to give.

At first, obviously, I was unsure about how I'd fare, then a colleague said "you have what they're looking for: if you're unconfortable talking on the phone, they'll probably be terrified about making a good impression." Cue the inevitable evil laugh, and the ensuing phone calls went well. 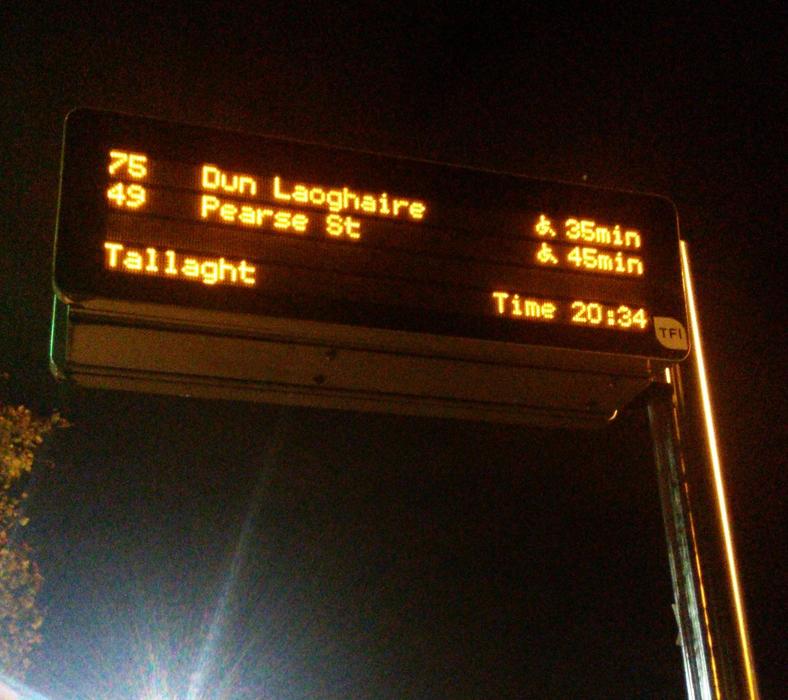 The first two weeks floated by easily: during the weekend the language school organised a trip to an archaeological site (Knowth) and a Viking-era cemetery.

The second weekend, though, would have been much different: not only Monday was a bank holiday, but the Friday before was a builders' holiday, so I could look forward to a four-day weekend (h*ck yeah). That's when, chatting with E. and G. (see second paragraph), a crazy plan hatched: rent a car, travel somewhere, no plans, no guide. We agreed to leave on Saturday morning, and return...whenever.

So that Friday I was to have lunch with my colleagues, since one of them was returning to the US after a year in Ireland. But before lunch, we'd go kart racing. Hell. Yeah.

But there was an itty bitty issue - the kartodrome wasn't served by any bus line, so I thought I'd rent the car a day earlier to save myself some trouble.

That Thursday evening, therefore, I took the bus to Dublin Airport and started looking for the car hire office. Looked everywhere...except in the only obvious point, the arrivals terminal. Whoops. After that, rented the car (a lovely Skoda Fabia) without problems, got to the car park, opened the car, sat in it...and there was no bloody steering wheel because I sat on the passenger's side. After some light cursing and thankfulness for the evening darkness, I started the car and, in a mild panic and thinly veiled terror, off I went.

It wasn't bad at all, it's just that shifting gears with your left hand is hard if you never did it. Oh, and the fact that the Irish drive like the Italians, but without any self-preservation instinct to speak of.

Friday went smoothly (apart from getting lost on the way to lunch, but oh well), and prepared the few things I'd carry for the weekend.

Saturday morning, wake up at 9 to be ready whenever the girls were...and ready they were, at one in the afternoon. Load the backpacks in the car, turn around, and we're off. Destination: north.

But that deserves a post of its own. :P

(Brace yourselves, part three is coming)