The plan that hatched on that Saturday morning - October 29 - was hatched thus: drive up north avoiding the motorway, to see a bit of rural Ireland, on the East coast. Then, as soon as night fell, speed up north towards Belfast. And we did. Saw a lot of hamlets, lovely rolling hills, the urban areas of Drogheda and Dundalk, and it became night pretty much as soon as we passed the border (which we hadn't even noticed, except for a sign in miles per hour)

Lots of jokes were made about us driving to Belfast with a Dublin-registered car, mostly of the light-hearted horrible variety "have you checked for bombs" and "hope they don't set fire to our car, it's a rental". And indeed, a few people afterwards told me that, until about twenty years ago, driving up north with a Dublin-registered car, in the eyes of most people and the authorities, meant you were either carrying weapons or personnel, and you'd get special attention wherever you went. Thankfully times changed a bit, and when we reached Belfast we noticed quite a few Ireland-registered cars in the car park. After a stroll in the centre we remarked that Belfast is a completely different city from Dublin, being more "industrial" looking, and despite some lovely sights all of us preferred Dublin to Belfast.

By the time we finished our walk around Belfast, we set off to find a pub where to eat, and we found it. We ate pretty typical stuff (fish and chips, stew, that kind of thing) and used the pub's wifi to look for a hotel, while behaving as perfectly adjusted adults. 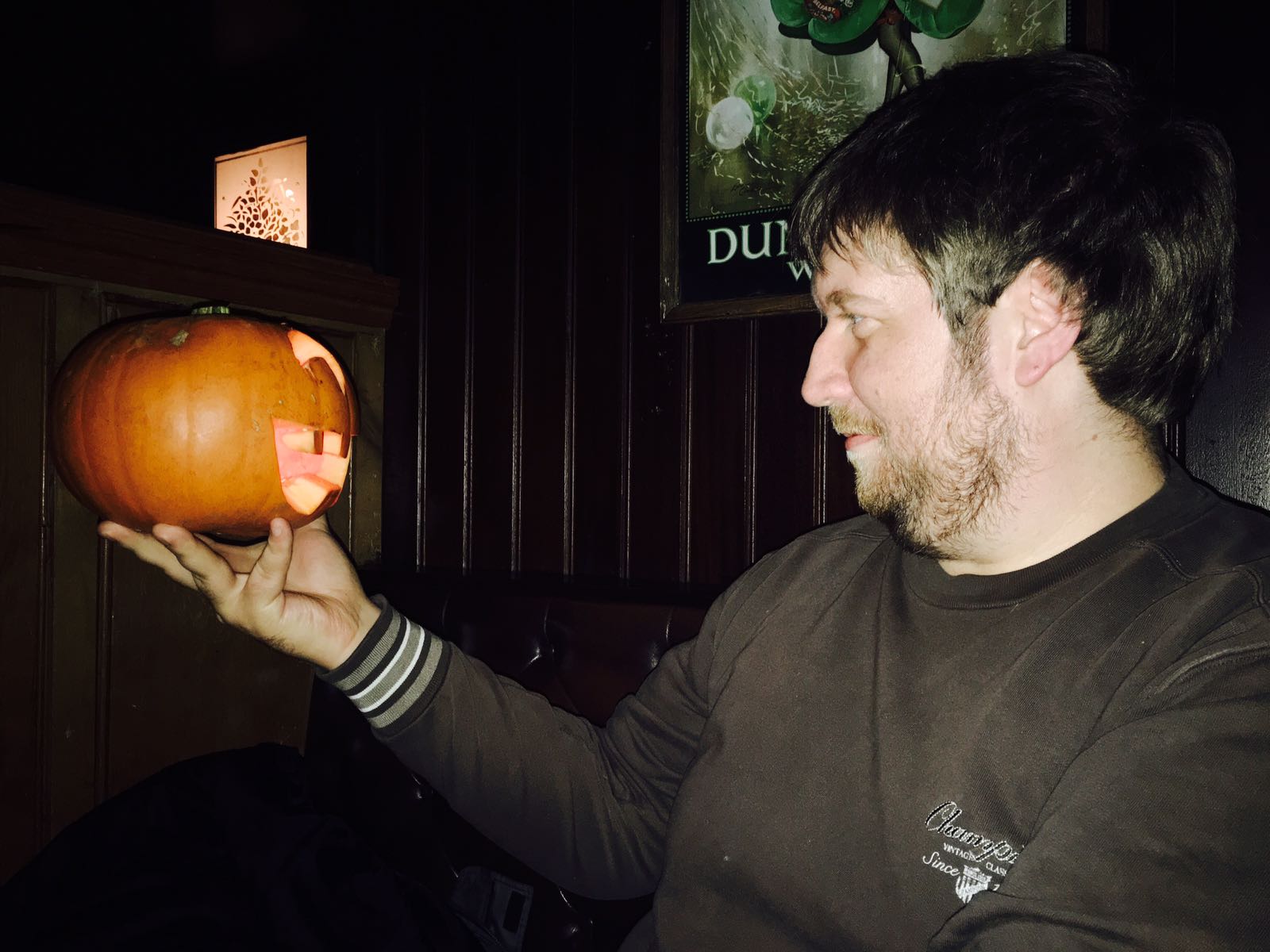 No hotel in Belfast had a vacancy that night. Ah, DUH, it's a bank holiday weekend, go figure. After a few minutes of frantic research, we found a hotel in Carrickfergus, 15 km north of Belfast. Well alright, we had seen enough of Belfast so the plan for the next day was going anywhere but Belfast, so I booked the hotel in my name and stop at an ATM to withdraw some British pounds, just in case. 160 pounds in all, to have some leftover in case anything happens.

Of course we booked a triple room, because it was much cheaper.

Drove up to the hotel, showed the booking to the receptionist, and I do notice he looks at me a bit funny...then I look at the receipt, which sports a "Miss Daniele" as the booking name (and "United Kingdom" as my residence, welp). And that's when he saw two lovely girls come in (E. and G.), and his face changed from mild confusion to a smile that seemed to say "a-HA, ye filthy lucky love-child, shoulda told us, we have soundproof rooms".

The hotel had wifi (my Irish mobile sim wouldn't work over the border), so I took the occasion to message Luana, carefully avoiding to mention lodging arrangements. First sentence in the answer: "Are you staying out for the night? Did you book single rooms?" Ah, shizzle.

The next morning, while E. and I were awake at 8, G. would sleep soundly until 9. During breakfast (they had quite a lot of glutenfree options!) we discussed about the itinerary, what we wanted to see, and so on. We settled on a "we'll see what's on the road". The hotel had a hotel-sized mural with local attractions, though. Helpful! 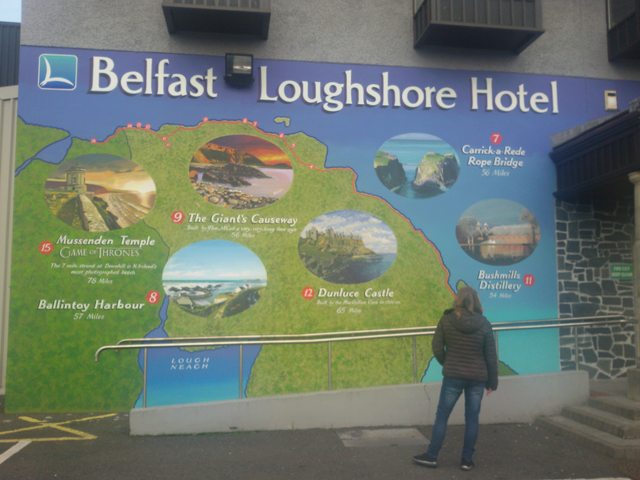 So we got on the road...and stopped half a kilometre afterwards to see Carrickfergus Castle and its lovely scenery, and then followed the Antrim coast, enjoying the landscape and the seaside (Dani rate: 9/10 worth seeing) 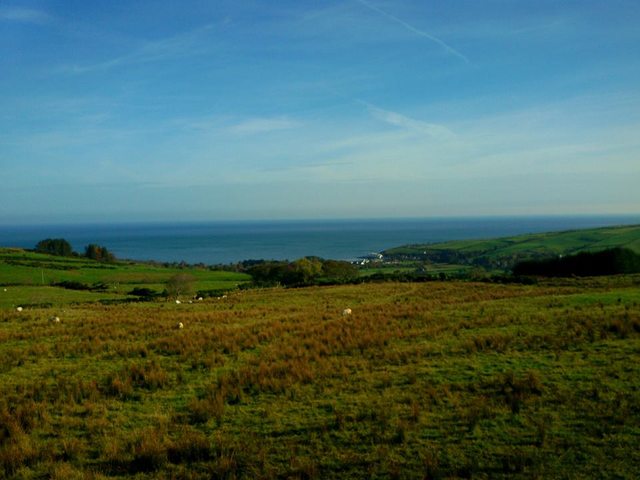 ...and arrived at Carrick-a-Rede, where we stopped for a coffee and to see what the deal was. Basically it's a stunning bridge to an islet off the Northern Irish coast.

What? It costs eight pounds per person? Bugger that.

We just took a walk around the coast, learned that it was the set for a few Game of Thrones scenes, then left, but not before mooching off the café's wifi to book tickets for the Giant's Causeway, which was just a few kilometres up the road.

We arrived there, left the car at the park-and-ride facility, and went to see this incredible natural attraction. While riding, we did notice the bus seemed to struggle a bit, but we paid it no mind. Then we arrived at the site, and noticed that the bus's brakes had caught fire. The driver had left the handbrake on. Gods.

The Giant's Causeway was incredible, quite crowded but the sea washing on these columns - so perfect that they looked manmade - was a spectacle to behold. 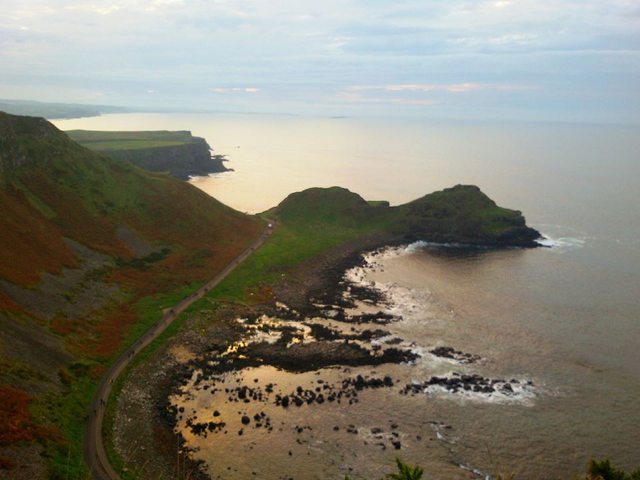 Took the full walk around it (oof) and got back to the Visitors' Centre as soon as it got dark. Mooching off the centre's wifi, we booked a hotel in Letterkenny, a few kilometres east of Derry, so we had the chance to see a bit of Derry too. We really liked the city, along with its buzzing Halloween events around the streets, and the dinner we had wasn't half bad either (highest point: the artisanal cider, 10/10 would drown). Then we took a walk around the Bogside, and realised how far, and yet how close, the Troubles were. 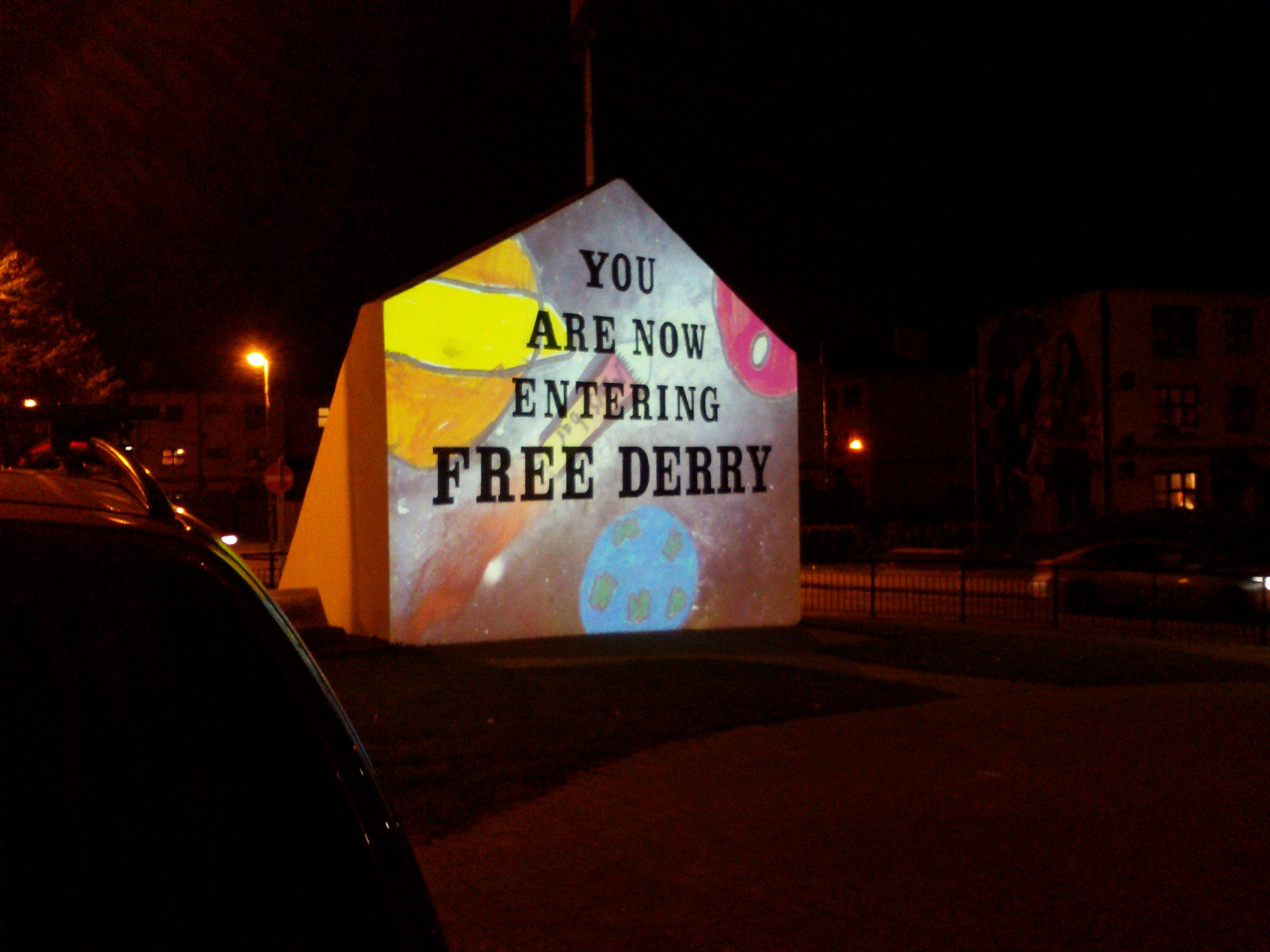 It was then that we realised that the cutoff time for checking in was midnight (we called it Mission Cinderella for a reason) and it was a quarter past eleven already. Ran to the car, drove off, set the navigation app on E.'s phone, and rushed towards Letterkenny (and duly joked about a Republic-registered car gunning for the border). Apple Maps is decent, but has one itty bitty problem: in cities where roads are divided between Upper X road and Lower X road, they don't bother to tell one from the other. Of course our hotel was in Upper Main Street and the app sent us to Lower Main Street.

We managed to get lost in a Donegal town. The shame will never go away.

Reached the hotel at 11.58 (suck on THAT, Cinderella) and checked in under the mildly disapproving stare of the lady at the reception.

The hotel itself wasn't too bad, but the Halloween party downstairs and the fact that it wasn't in the best position were a bit of a problem. Oh well, it was cheap enough.

E. and I were awake at 8, G. snored through 9 o'clock. Surprise, there. :P We drove through County Donegal (inspiringly wild sights) to Donegal Town, where we stopped to see the Castle (lovely little castle), and then came back towards Dublin through County Fermanagh, stopping both by Lough Erne (at Tully Castle)... 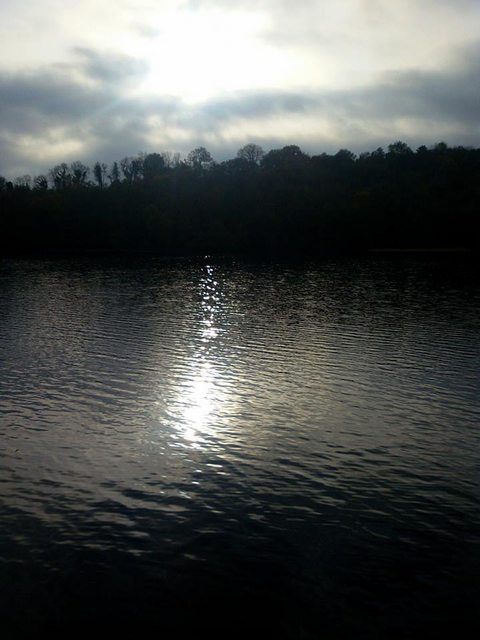 ...and in Enniskillen. Right after leaving Enniskillen, I realised I still had a few pounds left, so I stopped at a petrol station to refuel the car with the *counts coins* twelve pounds and 30p left, so I wouldn't have had to bother with exchanging them. Smart :)

And it was getting dark, so we drove straight to Dublin Airport, left the car at the rental office at half six, took the bus...and our new travel cards weren't working. Tired and slightly angry at that, we just paid for the bus and went home. Took out my wallet, looked inside... 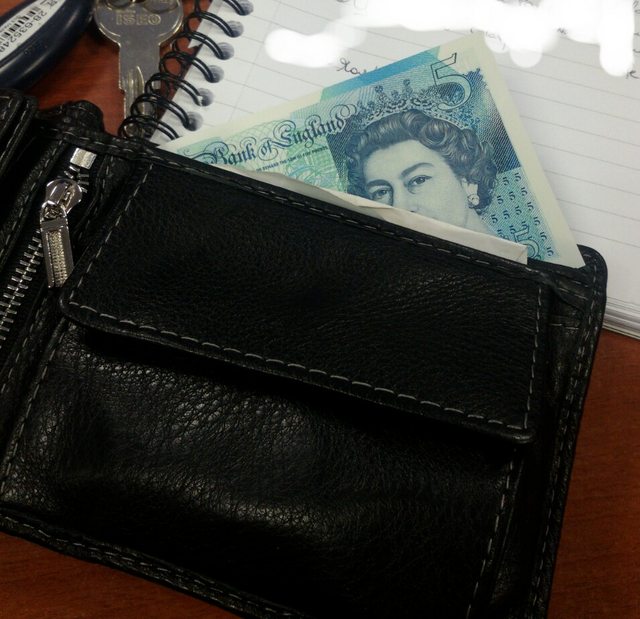