Welcome to the Champions' Guild! Located a short distance south of the city of Varrock, the guild is accessible to both Freeplayers and Members. Despite its size, this small guild has some interesting attractions, including the most difficult Freeplay quest as well as a Members-only Activity!

Teleport directly to the Champions' Guild using a Combat Bracelet (enchanted dragonstone bracelet). This is the fastest possible method, as it teleports you to the guild itself. If you run out of charges, just recharge your bracelet at the Legends' Guild Golden Totem Pole.

Take a Canoe to just southeast of the Champions' Guild. You need at least level 12 Woodcutting, as well as an axe, to make a Canoe. Other canoe stations around Runescape include Edgeville, the Barbarian Village, and Lumbridge.

Teleport to Varrock. From the Varrock square, walk to the southernmost entrance of Varrock. The Champions' Guild is slightly southwest of the exit. To cast Varrock teleport, you need level 25 Magic, you will need a Law Rune, a Fire Rune, and 3 Air Runes. 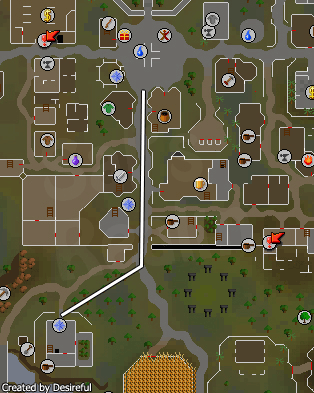 Once you enter the Champions' Guild, you will be greeted by the Guildmaster:

The Guildmaster is the quest-start for the quest Dragon Slayer, in which you must kill the mighty dragon Elvarg! This quest is arguably the hardest Freeplay quest, and it allows you to wear Rune Platebodies and Green Dragonhide Bodies, along with giving you some Strength and Defence experience. After the quest, or during the quest if need be, you can talk to the Guildmaster to get another Maze Key, which allows you access to Melzar's Maze.

Directly east of the Guildmaster's room is an outside garden containing five chickens. These chickens, like all other chickens, drop feathers (in groups of 5, 10 or 15), raw chicken and bones. You can save the feathers for Fishing or Fletching and bury the bones. 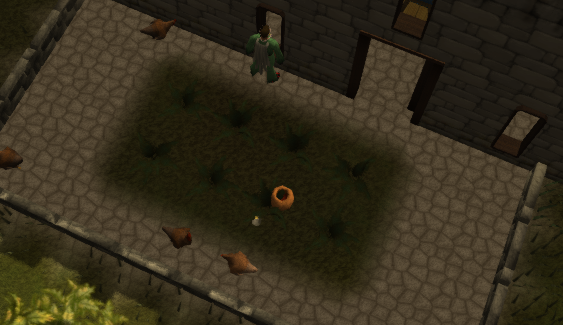 You can also cook the raw chicken on a convenient range, located south of the Guildmaster's room. 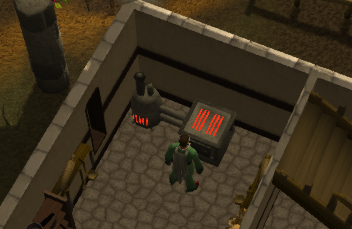 The second shopkeeper is a woman named Valaine.

Valaine always sells several miscellaneous pieces of armor, as well as a blue Cape. She also serves as the Champions' Guild's General Store, as you can sell her items for the same price as you would a regular General Store.

If you go down the trapdoor in the Guildmaster's room, you will find yourself in the Champions' Guild basement. Please keep in mind that the basement, as well as its inhabitants, are Members' only. Inhabiting the basement are the "masters" of each Runescape race.

These are the masters of the Runescape races that inhabit the basement: 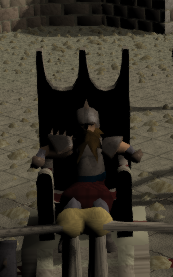 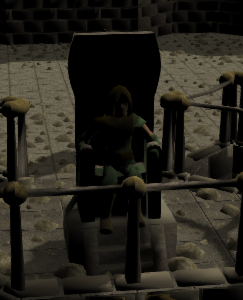 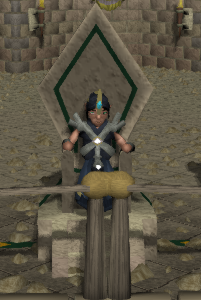 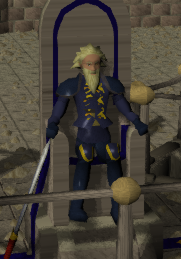 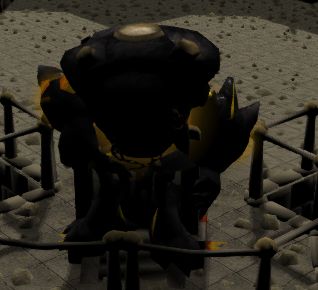 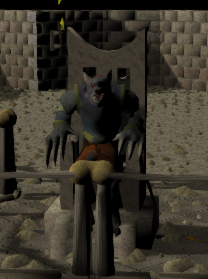