Welcome to Crandor Isle! One of the only islands in RuneScape without houses. There are many things to do here. Level up combat, mine to your heart's content here or get a Rune Medium Helmet from the Lesser Demons who wander around. There are lots of safespots around, very useful. Come with us, and see the wonderful place of Crandor!

There are two ways to get to Crandor:

For the instructions on the boat way, view the Dragon Slayer Quest guide.

So, onto the passage! 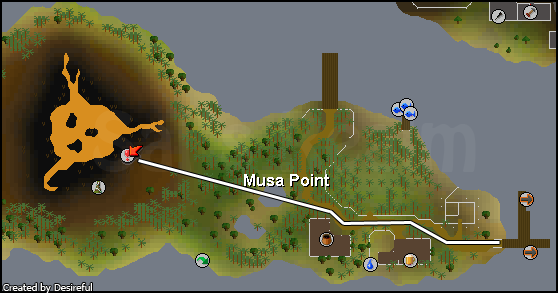 This shows the route after you've taken the boat from Port Sarim to Musa Point. Click on the Climb-Down Rocks option. 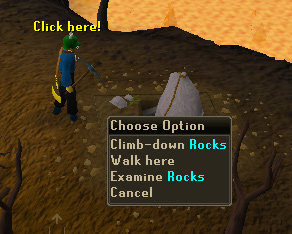 Next, walk to the secret passageway, to Crandor following this route:

Beware of the Lesser Demons and the Skeletons! 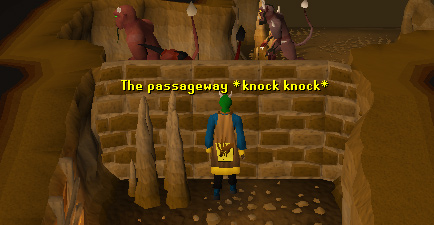 Climb up the rope... 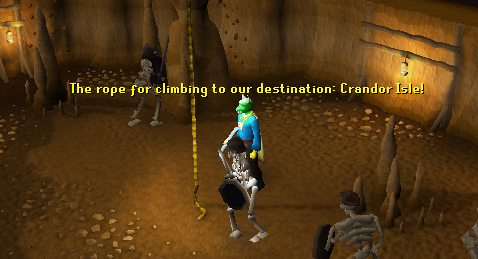 So, we've arrived on Crandor Isle! Have a good time here!

Map of the Island 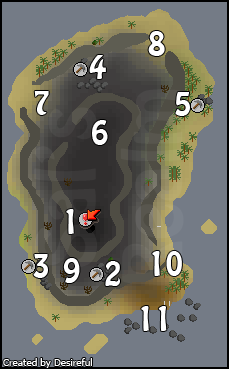 This is the best freeplay mining spot in RuneScape by far. There's only one point that isn't that great. The bank is far away. It's advised that you take superheat runes along with your pickaxe.

You can mine at Crandor:

(2) Coal and Adamantite Mine

This mine contains three Adamantite and three Coal rocks. 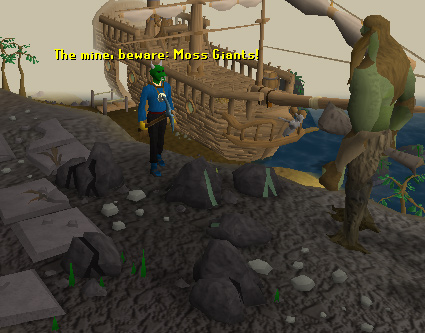 This mine contains six Mithril rocks.

(4) Coal and Mithril Mine

You can find seven Coal rocks and one Mithril rock in this mine.

This Gold mine contains three rocks for mining. 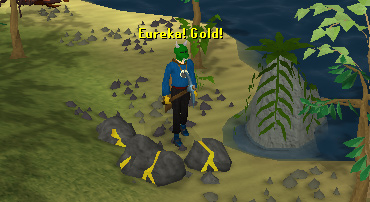 This is the ship, the "Lady Lumbridge" that crashed in Dragon Slayer. There's nothing really special here, besides a few Plank respawns.

You can talk to both Ned, and the Cabin Boy who is located upstairs in the ship.

There are several monsters on Crandor to battle, including

Crandor is loved by rangers, because of the many safespots around there. You've got monsters for every range level to kill. The same goes for meleers because of the Moss Giants, which are pretty good experience. The Lesser Demons are ranged and melee'd, but the spot here is - although there are only 2 Lesser Demons - less crowded than in the Karamja Volcano.

It's possible to get food on Musa Point, walk through the passageway and fight. This is the most used way on Crandor. 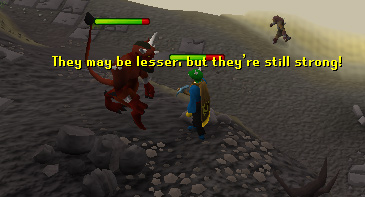 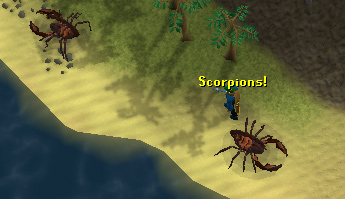 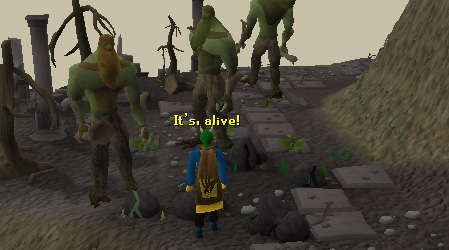