By: M a ss a, Renegaderp
Special Thanks to: Jethraw, Micael Fatia, Nathan

"Your success ends here, human. I would suggest you stand aside, but I think I'd prefer to destroy you and your weak companions first." ~K'ril to the Adventurer, The World Wakes

K'ril Tsutsaroth is one of Zamorak's generals, and at level 650, is amongst the most fearsome beasts to ever have set foot upon Gielinor. Originally summoned by the Mahjarrat Bilrach, this demon would level entire villages, leaving almost no one to confirm his existence. Such is the power of K'ril that even the mighty Commander Zilyana was overpowered and was almost dead after sparring with him. 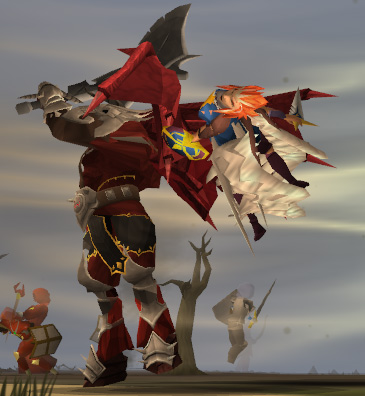 "If I were you, I would mind my words. You remember the last time we met. As I recall, you needed Saradomin himself to come and rescue you. Do not question my might." ~K'ril to Zilyana

As stated earlier, K'ril is among the most dangerous monsters the player will ever encounter. However, he offers among the best money making methods in the game, averaging over 2 million coins as well as a healthy amount of 250k combat and 75k slayer xp per hour.

While the actual requirements to kill K'ril Tsutsaroth are only 70 constitution and 70 strength or agility (to push the boulder aside), having a few things things unlocked will greatly make your trips last longer and be more convenient:

Note: While you certainly can melee K'ril with Drygores and get around the same kills per hour, this guide focuses on capitalizing his weakness to Fire Spells, and will not be talking about melee. 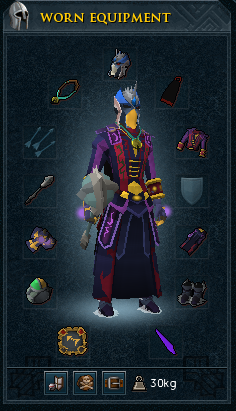 It is highly recommended that the player own atleast a set of Subjugation Robes. Subjugation robes provide a good damage bonus, and as a bonus, count as Zamorakian items and boost the player's prayer points by 10 extra points per item every time they use the altar in the room. Sea Singer is also handy, exchanging offence for a life point bonus, which reduces the need to eat after K'ril uses his Prayer-Draining special attack. Virtus is even better, allowing for faster kills, and also provides protection from all factions at war in the God Wars Dungeon. Perfect for those who can afford it.
It should be noted that damage is much more important than defence at this boss, and thus Tectonic and Virtus are preferred over Sea Singer.

Nothing much to say here, use of dual wielding weapons also allows the player to bring a shield incase things turn sour.

A shield may be used as a swap, it is NOT ADVISED to do the entire kill whilst equipping a shield.

Wearing the Max Cape allows the player to quickly bank at the Max Guild in Prifddinas, and quickly teleport back using the portal there. If using a God Cape, Zamorak is the best choice as the player is rewarded with 10 bonus prayer points, which really lowers the consumption of prayer restoring potions over time.

Prayer is the main concern whilst fighting K'ril Tsutsaroth. As there are no bones, players cannot make use of the Dungeoneering necklaces, and so will be relying more on potions and the altar here as compared to Kree'arra. Penance is thus HIGHLY recommended, as it goes a long way into counteracting the Prayer-Draining attack. Otherwise, use an upgraded version of the Poison Purge aura, or the Vampyrism/ Runic Accuracy auras.

A Shard of Zaros should be equipped before entering the boss room, for immunity against all factions in the dungeon. Upon entering K'ril's private chambers, equip a Scrimshaw of the Elements, a Sign of Death or a Sign of Life, which will prove to be more useful in the actual boss fight.

Only use the Amulet of Zealots if you intend on using Single-Stat boosting prayers like Overcharge. It is NOT recommended to bring items like an Amulet of Fury, as it is just an unnecessary risk. Everyone dies, and you want to risk as little as possible in the case of your death.

The Unicorn Stallion's cure ability is very useful here, as K'ril can poison the player for up to 168 damage.

A good inventory setup would look something like this: 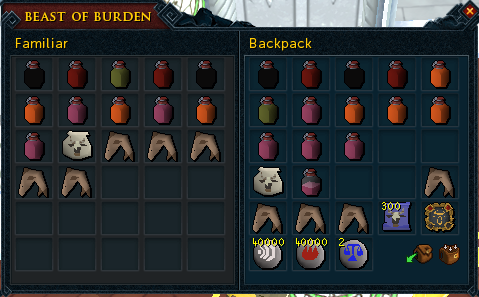 Fill your Pack Yak with a few more spare pouches, and Super Restores and Sharks (balance the amount according to your personal needs) When using the Vampirism aura, prioritize prayer potions over food, and vice versa for the Penance aura.

K'ril and his minions will always drop Infernal Ashes. Banking these can result in some good profit, but is rather tedious. His uncommon drops include items like Adamant Platebodies, Rune scimitars, Rune platelegs, around 20k coins at a time, noted Wines of Zamorak as well as noted Lantadyme herbs and seeds.
However, that's not where most of the profit comes from. The majority of profit comes from K'ril's unique drops. These include the Subjugation and Warpriest armour sets, parts of the Godsword, the Zamorakian Spear, as well as parts of the legendary weapon that started the God Wars- the Godsword. Legend has it that this weapon was imbued with the power to kill a God. 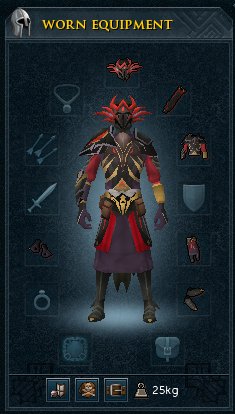 The Warpriest of Zamorak armour set is quite useful. Not only is it hybrid gear, but if the player is wearing three or more pieces of Warpriest armour, there is a 3-6% chance that whenever you take damage, the damage is reduced to 10% of the original damage. So if you were about to take 10,000 life points of damage, and the special ability activated, you would take 1,000 life points of damage instead. Talk about life saving! 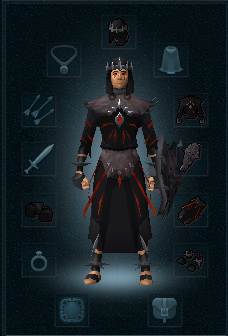 The Subjugation armour set is a set of non-degradeable Tier 70 magic power gear. If you wield the whole set, you deal extra damage equal to 10% of a level 70 weapon. K'ril and his minions drop the Hood, Garb, Gown, Boots, Gloves, and Ward of Subjugation.

On a slight side note, it's very infuriating to get a Ward of Subjugation or Steam Battlestaff drop. I've been there. And speaking as a PvMer who's had long streaks of bad luck, it's important to realize that every drop is precious, and no drop should be callously disregarded. So instead of ranting about getting a useless drop, it's better to quietly acknowledge you could have gotten a Zamorak brew drop. Cheer up! Better luck next time. And in all honesty, the world has bigger problems, with Sliske starting an all-out bloodiest between the Gods, and the threat of the Dragonkin looming over their battlefield. 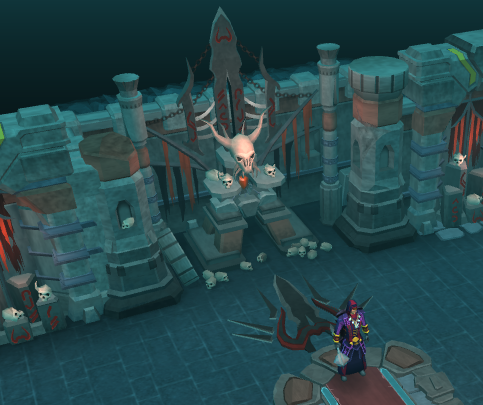