In this edition, we discuss 10 years of Sal's Realm forums.

On November 23rd, 2004, the Sal's Realm forums were created. I think we can all agree it has been a wild journey.

It was 8:35 on a Tuesday night when it happened: the forums were officially opened and announced on the site. Fast forward ten years and here we are. So much has happened... Christmas parties and hunting trips, IRC and clan chat, forum fads and inside jokes, newspapers and podcasts and site redesigns... the list goes on. So many memories! It has been an amazing ride and it's been awesome to see the community grow and flourish and change over the years - it's not something you get to see every day.

I'd just like to thank all of you for being part of this wonderful community, because YOU'RE what makes this community so special. 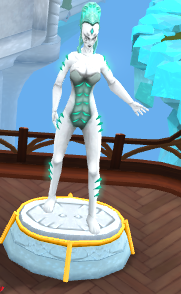 Out this past month is the second half of the elven city of Prifddinas! This includes the following:

This update has been met with positive response, but there has been a bit of resistance to all of the new completionist cape requirements. Many of these new requirements look like they should belong in the trimmed completionist cape, not the regular completionist cape. Some other things, like the level 80 crystal weapons, are incredibly difficult to obtain compared to other level 80 weapons and also degrade to dust. The new prayer training method also is slower and more expensive than normal gilded altar methods. As you can see, this update still should require some balancing.

In 2007scape or Old School RuneScape, there has been severe backlash to several new playing trends: NMZ AFKing, splashing, and commission staking. For those who do not play, let's explain these three things.

These three have been seen as hurting the integrity of Old School RuneScape and the game had begun to feel more like a private server. To get a firm public opinion of this, Jagex set up a poll asking what the public thought of these trends. For most of the options, there was no clear consensus on what should be done. This caused Jagex to take actions themselves, which is not something that is often done.

How will this impact Old School RuneScape? We aren't sure, but it's going to be nice to see splashers out of Lumbridge so new players can continue to play without this interruption.

The RuneScape Christmas Event has already been released. It involves delivering presents to NPCs such as the Wise Old Man, Queen Ellamaria of Varrock, Reldo the Librarian, and others. Players can deliver a present daily for an experience lamp.

In Old School RuneScape, the 2005 Christmas event is expected to be replicated and placed into the game. For those who do not remember or were not present, the event involves crafting and delivering Christmas presents to a mysterious bearded man near the Taverly Gate. I wonder who he could be...

The Sal's Realm forums were created on November 23rd, 2004, around 10 years ago. In this section, we will go into what happened in 2004 in the real world and RuneScape.

A Salute to our Fallen Brethren

On November 30th, our beloved member Renegaderp suffered a fate more terrible than death: getting banned from RuneScape until the day he leaves for University (presumably by his parents, but it would surprise me no less if Lucifer himself inflicted such evil). This pairs him with Army of One, who had likewise been banned a little while earlier.

But fear not, brothers and anyone else who might fall victim to this plague! Escaping the tyrannical rule of your progenitors might appear a gargantuan task, but a RuneScape warrior never surrenders! And, thankfully, we're here to guide you down the path of glory.

First, go to Starbucks. This beacon of hope provides everything you need in life: Free Wi-Fi. No, that list wasn't supposed to contain any other items.

Next, plug your laptop into an outlet or something. They let you charge your shizzle, right? I've never actually been there. If they don't let you, show them your certification, which obviously consists of all the 99s on your RS Hiscores. They will no doubt confirm your identity as a true RuneScape warrior and you'll be free to do whatever you want.

Don't have a laptop? Fret not! Just bring in your desktop, complete with the tower, multiple monitors, keyboard, mouse, etc., and hook it up. Now, while you're woodcutting and training agility and whatnot, you can also stare into submission those inferior laptop users!

How will I sleep, you ask? Why, with a cardboard box, of course! You can make your own out of spare cardboard if you have the capability, but it might be safer to leave the art of cardboard box construction to the pros. You can find some good deals, too. 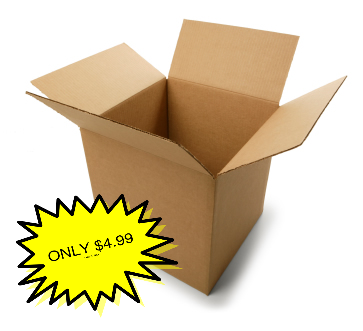 Once you've set up your new home, you'll have everything! Coffee for sustenance, a cardboard box in which to sleep. Again, no, that list wasn't supposed to contain any other items.

Before long, you'll be as successful and beautiful as a man from a stock photo! 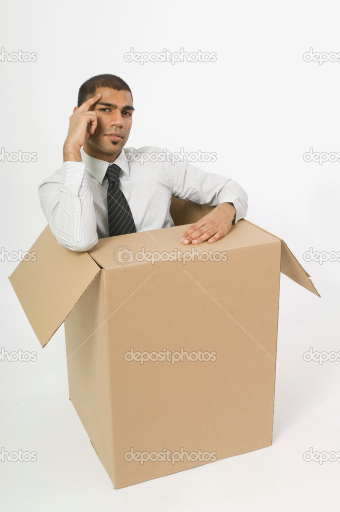 What were you doing ten years ago?

Considering the forums are now ten years old, we thought we'd ask some of our users what they were doing around the time Sal's Realm was created.

I was deciding what I actually wanted to do after high school. Turns out, I had no clue.

Far out man, I'd of been 7 at the time. Sitting in a Year 2 primary school class with my teacher who ignored me every time I put my hand up and gave me time out because I yawned. Didn't find RuneScape for another 2 years, but I do believe I'd met the friend who later did introduce me at the time. Ten years man, it's insane to think about...

I was so young that I don't really remember. My hobbies have changed a lot since then, but I was still rooting on my Philadelphia Eagles, who went to the Superbowl that year! I am sensing a return this year! Go birds! Also Sals is good too.

9 years old being homeschooled and going ham on neopets.

10 years ago I was 8; didn't play runescape yet. I was living in the States and don't really remember much else :P

Had a few business setbacks that year, pretty sure I was living very quietly doing rewiring & oddjobs to pay my way in someones attached flat avoiding ... "creditors".

Me, I had just gotten out of school for Thanksgiving break and believe that I went to a friend's house to "party." We bought 4 liters of coke and watched the Jurassic Park trilogy. We thought we were kings.

Hmm, back when I was nine....quite honestly I don't remember, but knowing me, I was probably on the floor playing with my Thomas The Tank engine toys hah.

I didn't play Runescape until a few years after.

10 years ago was still an OAP (Old Age Pensioner) at 35. Didn't find RS for another 3/4 years. I'm sorry memory loss was probs playing lotr games on ps2. Was obsessed with lotr at that time.

Still sitting in Grade 4; played F2PScape on and off.

Let's see...12 year old Matt. He liked hanging out with his brothers, skateboarding and and doing small jumps with bikes. He also discovered Runescape with his brother and we started a clan when we were in secondary school. We wore H.A.M clothes and thought we were epic.

I was still stuck on Tutorial Island because I didn't have Sal's to guide me.

I was 11, so I was probably naively enjoying life haha.

10 year old Nitty would probably have been playing Pokemon LeafGreen for hours on end to train his team to level 100 only to have his little brother overwrite the save file. I wouldn't discover RuneScape for another year.

I mostly devoted my time to the clan I was in at the time. Reflecting on it, I was dumb back then. haha

10 years ago I was serving in vietnam and I got a little bit of amnesia. I think.

Sal's Christmas Party is in planning stages! It will likely have members and freeplay portions and have a similar format to last year's party. The most probable date is the Saturday before Christmas, the 20th of December.

If you have any suggestions, PM a forum moderator or a clan chat moderator who will then pass your ideas along.

We hope you enjoyed the first ten years of the Sal's Realm forums. We will do our best to ensure the future is as bright as the past!

By the way, try not to overdo on the holiday stuff this upcoming month!