With the weather heating up (Okay, not for everyone. Shut up Oceania.), we bring you this newsletter filled with how to spend your summer and a few other fun things. 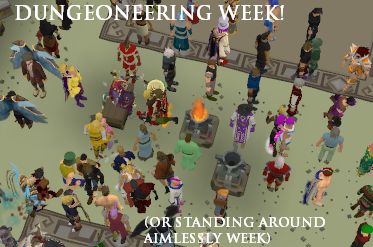 From May 26 until June 1st, there was a big Dungeoneering promotion. Among many things, players received 2x the amount of tokens from training Dungeoneering and twice the experience from the Sinkholes Distraction and Diversion. The week caused many members of Sal's Realm to drop what they are doing and train Dungeoneering in order to stack up on chaotic weaponry. And as you can see, the Sinkholes activity was packed. The weekend skill competition was chosen to be Dungeoneering to promote Dungeoneering playing.

A runetrack page was created, tracking the experience gains of a few members of Sals Realm. Check out the Runetrack page here. Also, thanks to -Leaf- for setting up the page.

As many of you are aware, multilogging (except in different versions of the game, such as Old School and RuneScape 3) and item transfers between accounts owned by the same person has long been against the rules. However, now the culture of the game has been changing. Many of the top players and top streamers play on two accounts at once. Jagex has not taken action against any of these players, despite the fact the multilogging is often happening literally right in front of them.

As you can guess, a rule change or clarification was needed. The company flip-flopped a bit on what it's stance was. At first Jagex decided that multilogging was part of the modern game and as long as the wealth was achieved without the use of bots or other rule breaking devices, players could transfer their items from their multiple accounts to one account. Jagex has also disallowed using multiple accounts to rig minigames (such as Stealing Creation) to reap more rewards.

This rule clarification has caused some unrest in the players. A player could use multiple accounts to gain a massive advantage over a player with one account when it comes to money making. Players with multiple accounts can also bypass limits purposefully put in place (such as Grand Exchange trade limits) to gain an advantage. If you would like to comment more on this, visit this thread.

Do you have nothing to do this summer? Here are a few suggestions!

Playing RuneScape is an excellent way to kill time, and holds many opportunities. If you're looking forward to a job, you could mention your quest cape on the résumé. Furthermore, there are plenty of upstanding and existent women looking for a relationship. The demand for men is high!

The summer contains three months, so that will add up to approximately...
Hold on a second...
...
My accountant informs me that it will add up to three newsletters! Wow! Sal's Realm's newsletters are the most legit source of information around, and is totes formal in its writing style.

Lowering your cholesterol will decrease your risk of having a heart attack. Having heart attacks is very unhealthy, and is the leading factor of heart attack-related deaths. It's worth mentioning that cantaloupe contains zero cholesterol, and is high in nutrients that benefit your cardiovascular system.

Study the history of Morocco

Have you ever wondered why everybody finds Morocco so interesting? Do you want to get in on the action? No? Yes you do.

This summer is a big summer in sports. The World Cup begins June 12th and lasts until mid July. For those not into European Football, the NHL and NBA playoffs will wrap up this summer. Finally, let us not forget the baseball season, which will be available to us every day this summer (with exception to a few days in the All Star break).

Give Blood to the Red Cross

If you were in need of a blood transfusion, you would want you to give blood to you, right? I mean, not at the time in which you need blood, but if you had a clone of you that wasn't sick or something. You know what I mean. Anyway, this action is productive, helps humanity, and they give you free cookies and juice and shizzle. Afraid of needles? You know what's worse than needles? Dying from a lack of blood.

Give your enemies' blood to the Red Cross

Because the Red Cross only extracts a limited amount of blood (those jerks think you're lightweight), donating your enemies' blood is a much more efficient option. Whereas you can only give a pint of blood at a time, your enemy's body probably contains over five liters of blood! Just be sure to ask your enemy their blood type before murdering him/her.

Let's look at some statistics about our forum members (because we have nothing better to do)! 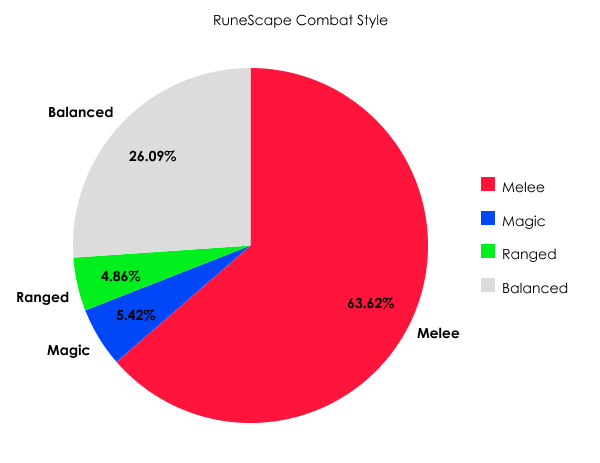 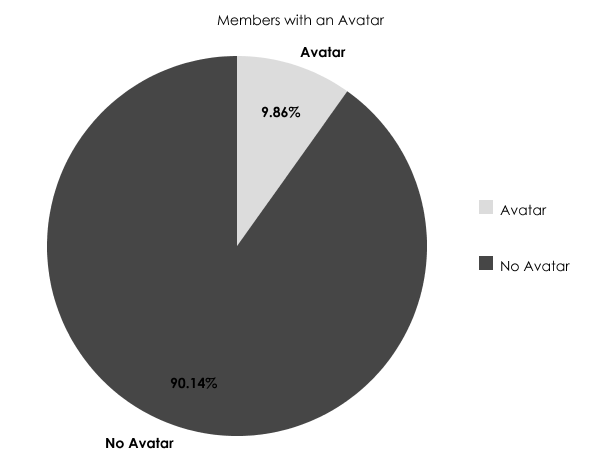 This was substantially influenced by the great forum overhaul years ago, but it's still true that the few members with easily recognizable avatars are the minority. Also evidence of that is: 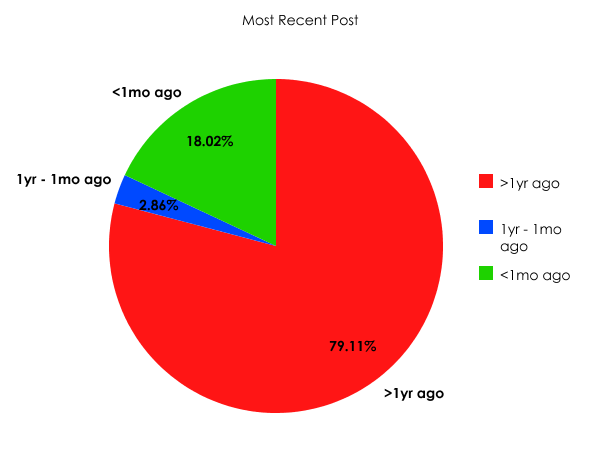 Yup. Maybe this one can make you feel special: 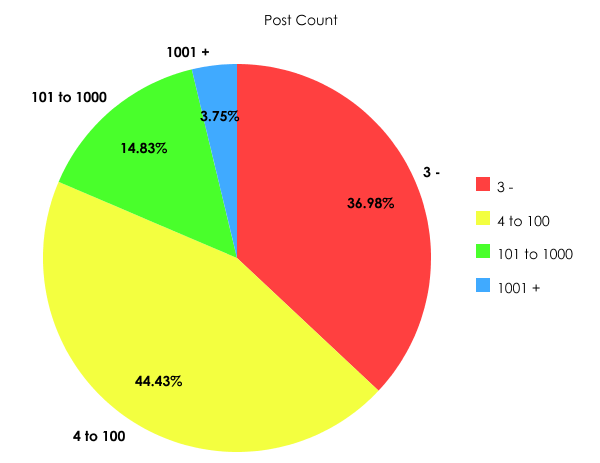 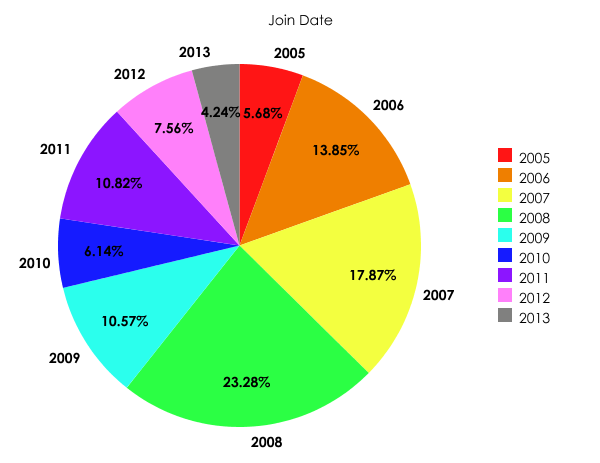 I understand that activity is going down, but I'm not sure what happened in 2010 there. 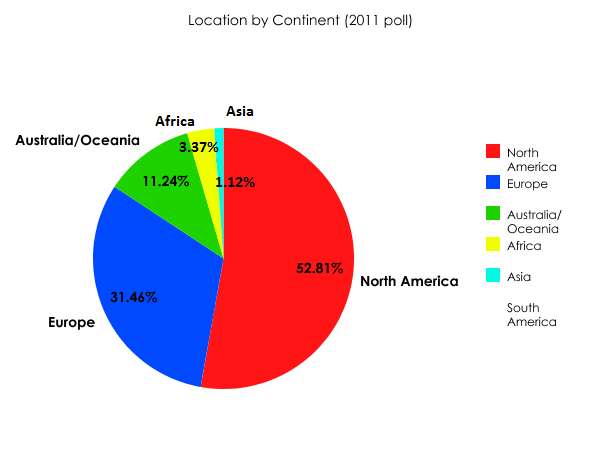 As stated, this came from a 2011 poll, so it's only an estimation. In contrast, 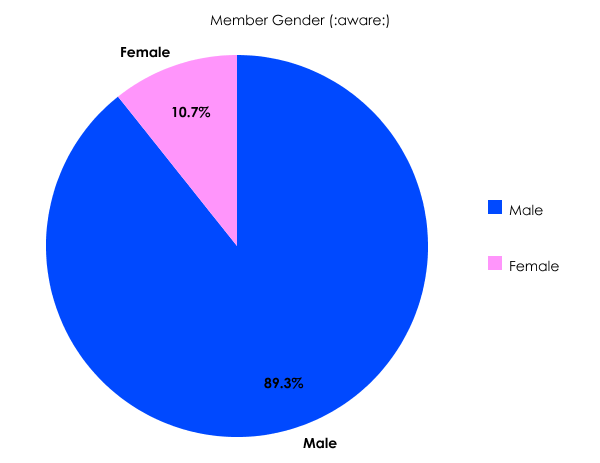 There's absolutely no room for error on gender. 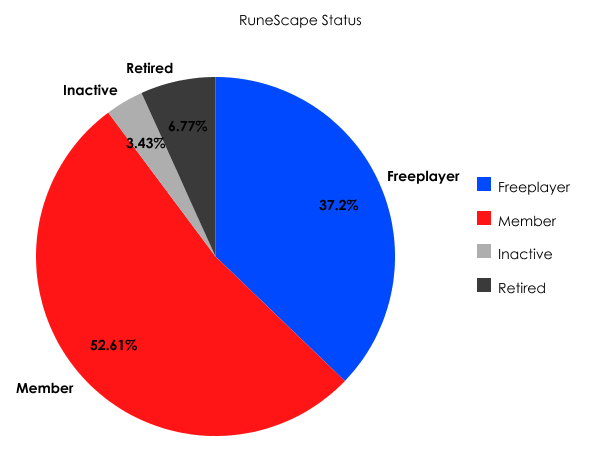 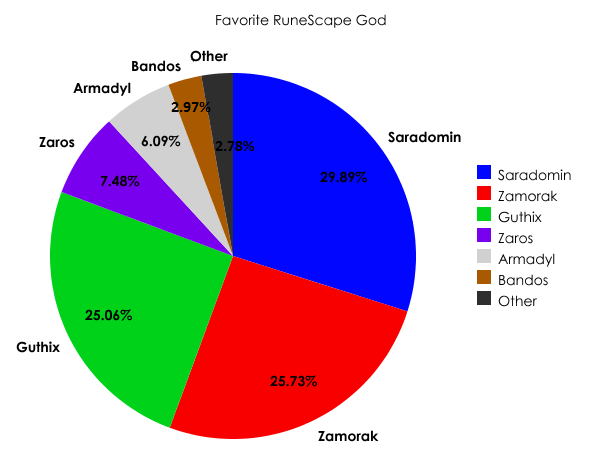 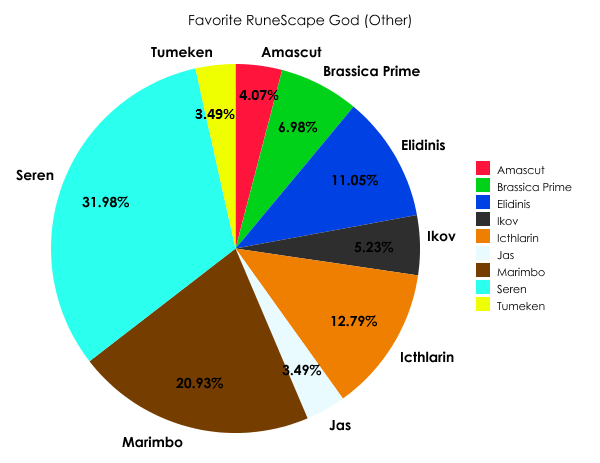 Brassica Prime! Hooray! It's also interesting to see people follow Ikov and Jas, considering we know barely anything about them.

As many of you know, there is something called "Legacy Combat" currently being developed. Legacy Combat will bring back the combat system from 2011, with a few adjustments, alongside the current EOC system. This was mainly to appease those upset with the EOC system.

Now, keeping this in the back of my head, I read the May Behind the Scenes and saw something about "Ancient Combat." For me, this meant only one thing - three hit combat is coming back!!!! I was obviously pretty happy with the news. I called all of my real life friends that I played RuneScape with in Junior High to tell them about it (and it turned out they all forgot who I was). I also began to stock up on Dragon Longswords, Square Shields, and Battleaxes, expecting their price to skyrocket. Then I patiently waited for the update to come.

Needless to say, I was a bit disappointed with the update. Instead of a revival of the combat system, we got a few crummy Anime/Pirates of the Caribbean themed tentacle crap. What??? I was really looking forward to seeing three hit combat back. I just felt that three hit combat could give the game new horizons, even though it is terribly outdated and most new players would find it boring. I realize many of you are thinking "Why bring back a combat system that already exists in one version of them game?" And to you I reply... uhh.... 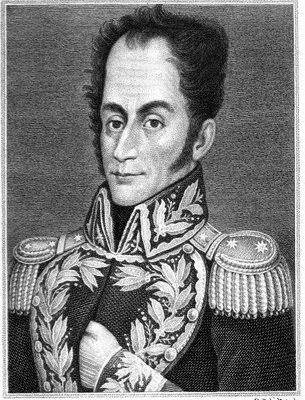 Note: if you do not understand this joke, do not worry. It probably means you are normal, although further testing has to be done to confirm this.