Call of the Ancestors

By: SlayerrGem
Special Thanks to: Iamacupoftea, O hai im KAMIL

Speak to Tunks on Tuska's back. 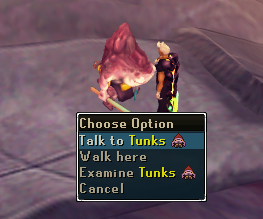 Travel to Tuska's back - the easiest way to get here is to teleport via an Astromancer found around various lodestones, such as Varrock - and speak to Tunks found north. He will explain that him and his village need protection from the Airut's who are angry at Tuska's death.

After accepting the quest, proceed to the world window south and enter it. 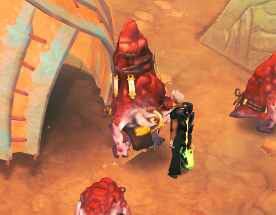 Upon entering the world window head north, then east, and seek out Acca Kanatah. Speak to him. He informs you that the Airut are no longer satisfied with attacking the Goebie race, and they now intend to raze the entire city to the ground. He will then tell you to fetch Tunks, who is gathering wood by the beach to the east.

Head east and a cutscene will ensue, ending in Lunch having a pickaxe embedded in his skull. Whoops. After the cutscene ends you head north and are told that you must accompany the three Goebies through the ruins to collect wood. You will now take control of Tunks; jump the chasm to the north and collect the bundle of logs. Next, have Lunch headbutt the cracked wall. Click on Peck to control her and squeeze through the gap. Collect the bundle of logs. 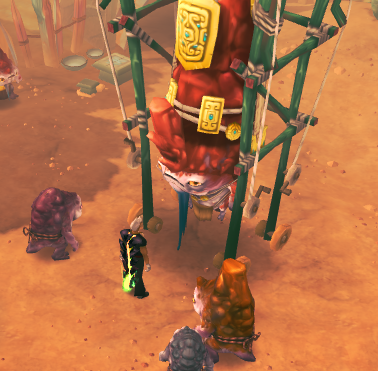 Head back to the village and speak to Acca once more. He will explain that the Goebies have been using Nemi poison to weaken the Airuts, however they are running low in supply. He will tell you that you can find more in the Nemi forest, so head west. Once you reach the forest a message box will pop up, click on the option to enter for Call of the Ancestors. 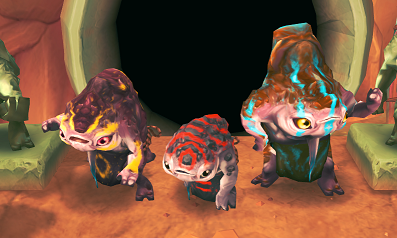 Head north where an Ancient Goebie will be waiting, talk to him and you will request Nemi root to make the poison. He agrees, and in return wants your help to rescue a friend from the temple. Agree, and enter the temple north. Your Goebie companions will follow you after they paint-up.

Here you will be greeted by a giant turtle called Xinachto. Speak to him and go through all the chat options. Afterwards, speak to Lunch. The three Goebies accompanying you must perform a set of trials, however you are not allowed to partake. Go through the door west to begin the first trial. 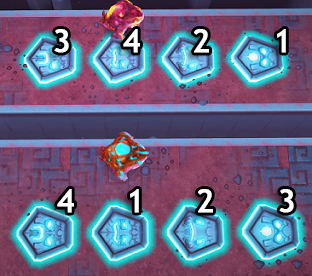 Exit the room, and then head east to begin the second trial.

Exit the room and head north to begin the final trial. 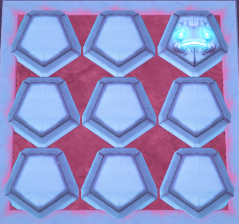 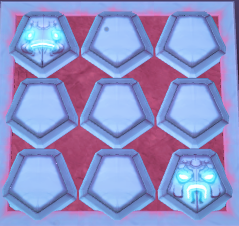 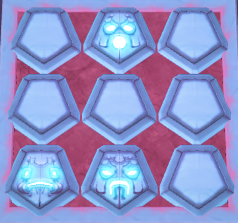 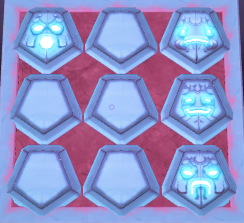 Exit the room and you will happen across Xinachto dying, however Lunch decides to free him. Head back to the Nemi forest and speak to the Ancient Goebie.

The Ancient Goebie informs you that the Airut followed you and will soon attack the village. You will now have to defend the village using your Goebie companion's magical powers. To launch attacks, simply click on the ground where you want the attack to land and a Goebie will follow your command.

For the first wave, Chargers will begin attacking. These only require one hit to kill.

For the second wave, both Chargers and Airuts will attack. The Airuts require two hits to kill, so ensure you finish them off before they deal too much damage to the Goebie's or you will have to restart the wave. 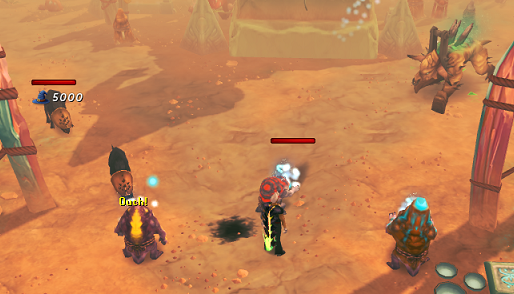 For the final wave, Chargers and Airuts will attack along with Tuz, a follower of Beastmaster Durzag. In addition, some Airuts will perform ranged attacks, so make sure to watch out for them. There will be a lot of monsters attacking, so it is advised that you spam-click the ground just in front of the approaching foes in order to kill them before they reach you.

On successful completion of this, you will receive the Nemi root, so head back to Acca Kanatah. Give him the root, and detail the journey you undertook with your companions. Congratulations, Quest Complete! 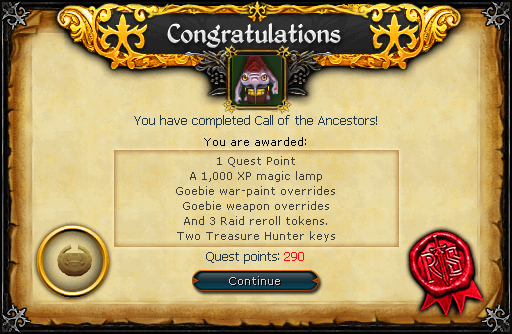