Begin by speaking to the Archaeologist at the Bedabin Camp. 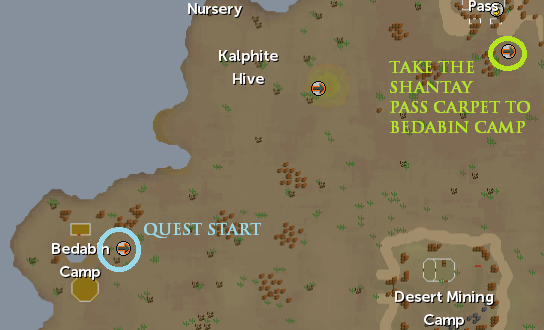 As rumors abound you must have heard them and being interested in adventures like any good adventurer you will want to go off and find this treasure. Head to Bedabin camp. The best way to do this is to use the Shantay Pass carpet to get there for 200 coins. Alternatively you could walk.

To start this adventure you must talk to the Archaeologist right beside the camp's Magic Carpet. If you have not completed all of the quests that are required for this quest than he will just be 'lost in his thoughts'. If you have completed all the quests required than he will tell you that he thinks there is a treasure in the desert and he wants you to take some notes to the Terry Balando, the Archaeological Expert at the Exam Center.

Talk to Balando with the notes and he looks at them. Talk to him again and he will give you the translated notes. Bank and get 650 coins (plus some for the magic carpet if needed), 12 Magic Logs, 6 Steel Bars, 6 Molten Glass, 1 Blood Rune, some Ashes, some Normal Bones, and Charcoal, note all of the items except the Charcoal. Return the translated notes to the Archaeologist and he says it confirms what he thought and that if you help him he'll chip you in for part of the reward. Agree and he tells you to go search around the Bandit Camp to the south.

Eblis and the Scrying Glass

Note: Before going to the Bandit Camp, make sure you aren't wearing anything related to Saradomin or Zamorak, like Holy or Unholy symbols or the God Capes and Staffs. If you do wear such items, the Bandits will attack you. They are only level 78, but if they swarm you they can be very annoying and potentially dangerous if you have low-level gear. The Bandits are not affected by items aligned with the other gods. 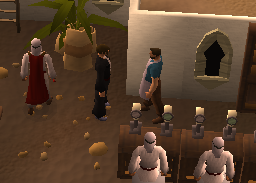 Go to the camp and buy a beer (Bandit's Brew) from the bartender for 650 coins. Then talk to him about the 4 gems (the lowest talk option, and he will say Crystals not Gems) and he will tell you to talk to Eblis (eastern side of the camp, just south of the general store near the south side of a building there). Go talk to him and he will tell you about the god wars and eventually ask you if you want to help and then he will ask you for some material to make a Scrying Glass. 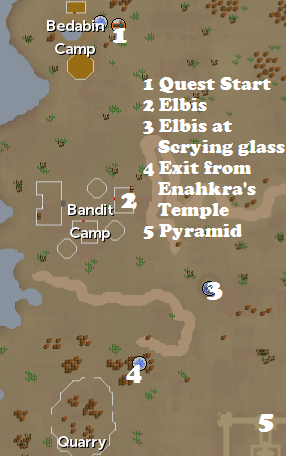 Use all the other items that he needs (you should have them all noted and ready), Magic Logs, Molten Glass, Steel Bars, Ashes, Blood Rune, Charcoal, and regular Bones. Use them on him, he won't take them from you if you just talk to him. He will go set up the Scrying Glass and tell you to come meet him when you're ready. Go to the top of a little hill with 6 mirrors on it that he wanders around and talk to him. Then look into each of the mirrors, which will show you a little cut scene of each place you will need to visit.

Note: Note: You will want to bank the gems as fast as possible once you have them because while you carry them around there is a chance that a level 116 Stranger will appear with a dragon dagger and attack you (usually near a bank), possibly using the old special attack (two, more powerful hits than normal). If you are unfortunate enough to encounter him, you will find that he is much harder than the bosses and can hit up to 2000!

If you lose any of the Diamonds, you can find them in the area where you got them: 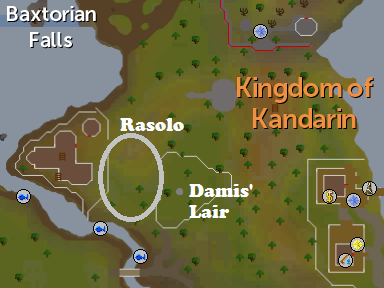 In the area in between Baxtorian Falls and the Fishing Guild you will find Rasolo the Wandering Merchant, he just wanders around in that area so just look around for him. Talk to him about the diamonds and he will tell you that one of them is guarded by Damis and that he will give you the Ring of Visibility to find the entrance to Damis' Lair if you get back a Gilded Cross that some bandits stole from his family. 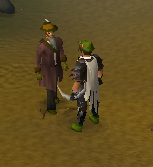 Go back to the Bandit Camp (desert) with an inventory of one anti-poison potion and 27 lock picks. You may need to return to a bank and restock if you fail continuously. 53 thieving is not a boostable requirement, so you will not be able to use bandit's brew to pick the lock if you are under the required level. Go to the tent the farthest south in the Bandit Camp. Try opening the chest in it until you get it right. You have to unlock 3 locks. You automatically go to the next lock and you will get a little message saying that you have unlocked lock number X or failed in your message box (just like the message, 'you have done X'). You can fail on any of the locks. Each time you fail you will be poisoned and break a lock pick. You will take 20-30 damage every time you fail, though you won't always actually be poisoned (there is not always damage over time). This process can take from one lock pick if you are extremely lucky up to 50 or more, so be prepared to do this for a while. 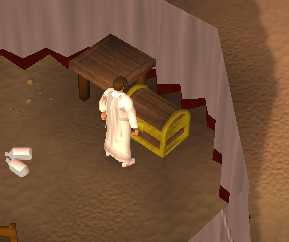 Once you have the cross take it back to Rasolo and he will give you the Ring of Visibility. Now go get ready: You will want 100% energy to run through the maze. 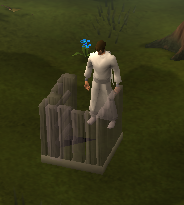 With the Ring of Visibility on go down the ladder that appears in the picnic area near Rasolo and run all the way to the east end of the maze (use Protect from Melee or be ready to eat food if the Level 120 Giant Skeletons attack you). 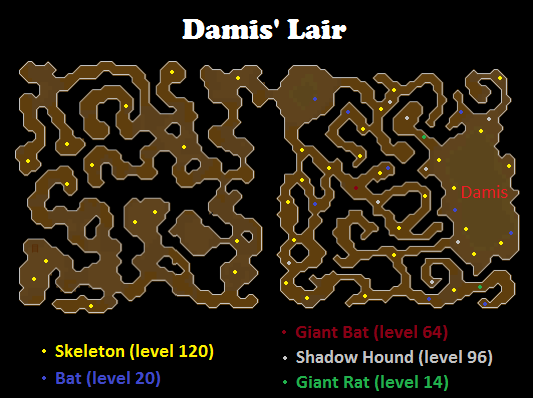 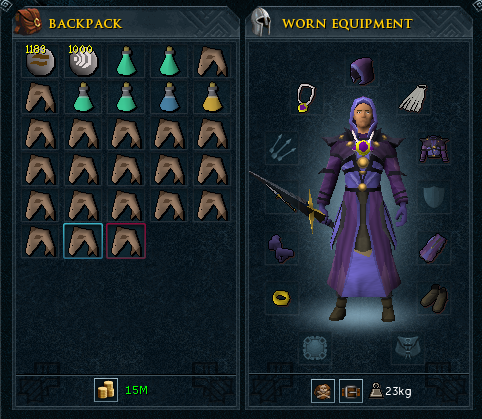 Damis is weak to earth spells. Damis' first and second forms are both level 124. Both forms only attack with melee, making the boss easy to pray against. However, Damis' second form reduces prayer with each hit, successful or not. To avoid facing this attack, run to one of the passages northwest of the area where Damis appears. There should be a level 14 giant rat somewhere around here. Attack the giant rat using either your weakest spell or your fists to force it to follow you. Then force Damis to appear by running through the middle of the cavern and run back to the aforementioned tunnel. The giant rat will block Damis, and because Damis attacks exclusively with melee he will not land any hits on you. If done perfectly, you can avoid taking any hits from Damis during the battle. 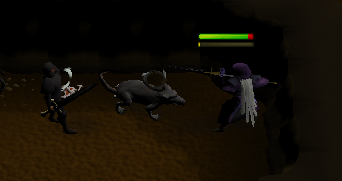 Damis: I would like to kill you, but there is a rat in my way. So I will simply stand here and await death.

Like many other bosses, Damis has been weakened substantially by the Evolution of Combat update. Experienced players need not follow the above advice.

Once Damis is dead... again... pick up the Rock Diamond and bank it!

To get the ice diamond you will have to defeat Kamil, a random man in armour who apparently likes freezing to death in Northern Trollheim. Kamil is level 126 and weak to fire spells, so you should plan to attack with this type. Kamil will ice barrage you and hit you with a melee attack. Your stats will be consistently reduced during the fight with Kamil, so make sure the spell you are using (if you are using magic) requires a magic level at least five levels lower than your magic level to prevent you from having to use restore potions frequently. It is possible to use a friend to block Kamil, allowing him only to attack with magic. However, Kamil is relatively weak and this won't be necessary for most players. 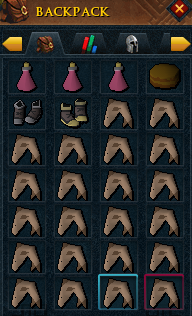 If you have finished Eadgar's Ruse, teleport to Trollheim. Otherwise, cross through the tunnel that you discovered during Death Plateau to get to the Death Plateau. If you have started or finished Mountain Daughter, you may also get here from the Fremennik Province. Then follow the dotted path. You may want to use protect from missiles as you pass the thrower trolls. 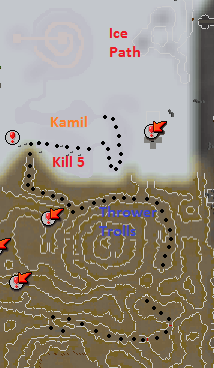 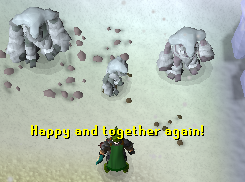 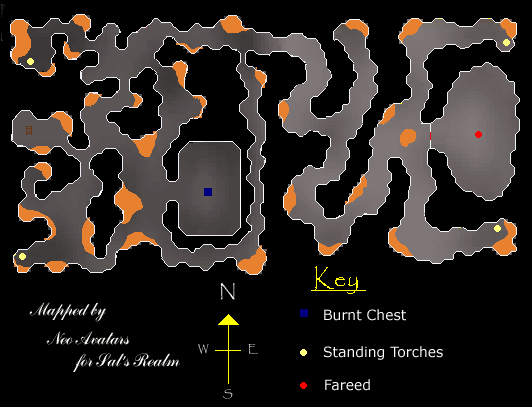 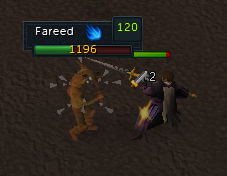 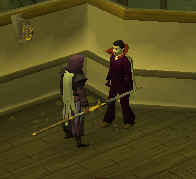 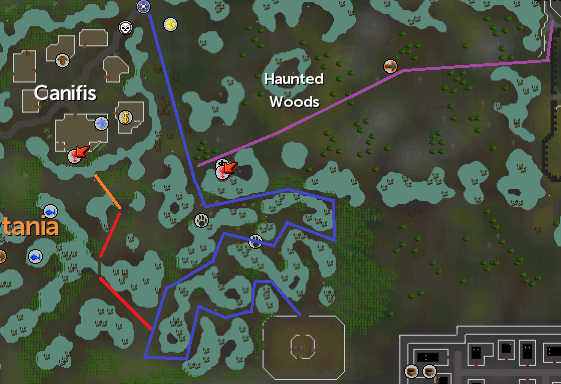 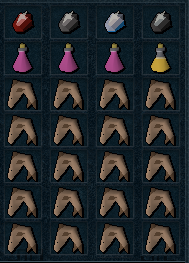 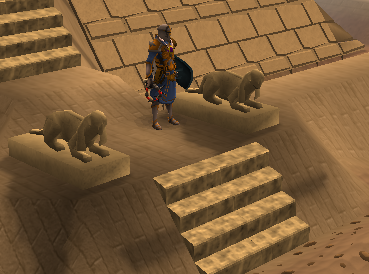 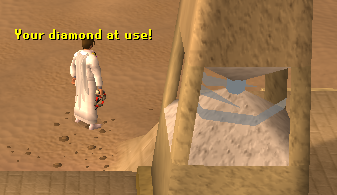 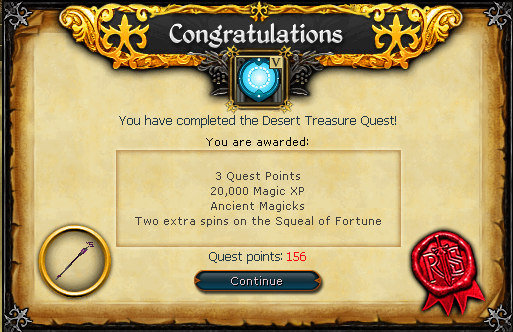 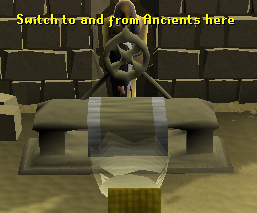 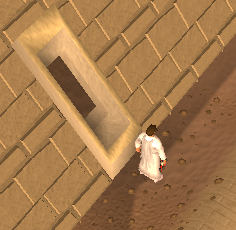