Speak to the Odd Old Man near his shack at the quarry between Varrock and Paterdomus.

To start this quest, speak to the Odd Old Man near his shack between Varrock and Paterdomus. The fastest way to get to him is by taking a Hot Air Balloon and using willow logs if you've unlocked the Varrock Route. The balloon will land just near the gate leading to the road to the quarry. The most convenient way is to use a Digsite Pendant to teleport you to the digsite. Then walk north. It seems that the Odd Old Man has a new task for you! Only this time, it involves gathering pelts and furs of animals instead of their bones. The Varrock museum called on him to improve their natural history section with stuffed animals. He obviously already has the bones, but now needs the pelts and furs to make them look real! Of course, he is too busy to do this by himself, so it's up to you. 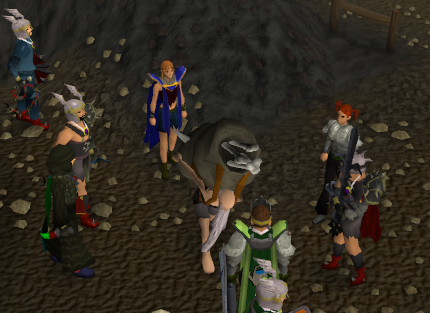 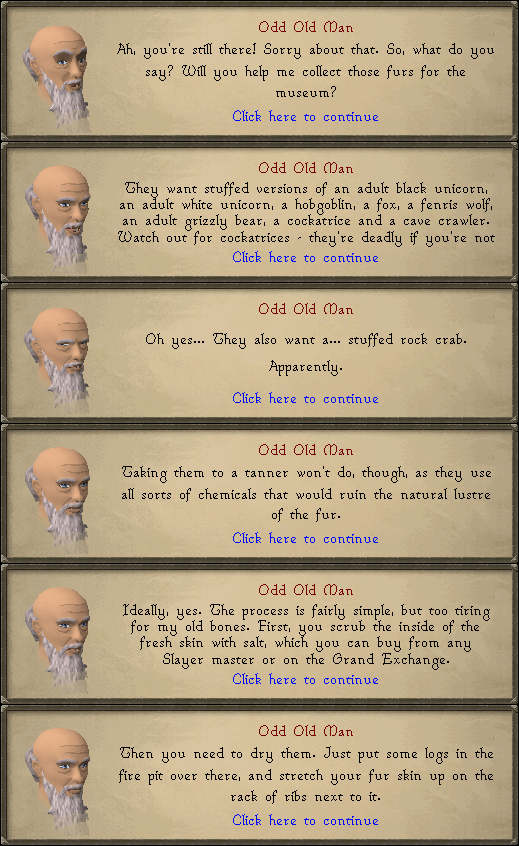 After agreeing to help him, he will tell you how he wants the items. Firstly, he wants all of the samples to come from Fremennik Province.

Here is a map with their specific locations depicted. 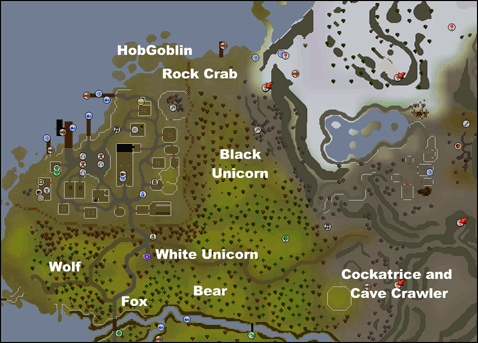 After getting these skins as drops they will need to be tanned, otherwise they would rot. However, taking them to a tanner would destroy the fur due to the chemicals. You will have to scrub the inside of the fresh skin with salt, purchasable from any Slayer master or the Grand Exchange. Next, you will need to dry them. Put some logs in the fire pit near the Odd Old Man's house, stretch the fur over the rib rack, and light the logs. Simply let it burn out and collect the fur from the rack.

All of the furs will have to be from animals indigenous to the Fremennik province. The list above includes both the animal and their location in the province. Once you kill the animal, you will get its fur. You will only have to kill the monster once. The drop will look like this.

Location: West of the swaying tree. 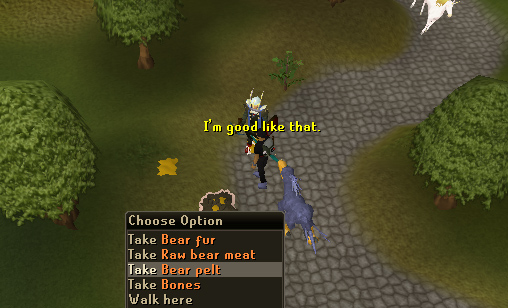 Location: South of the bears, by the river on the east side of the bridge to Rellekka near the foxes. 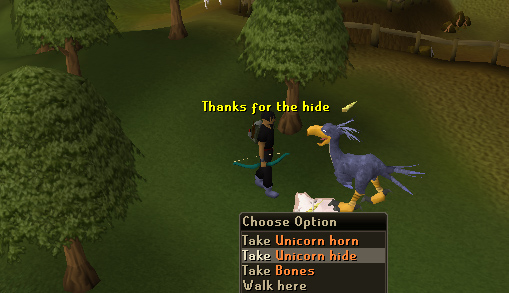 Location: North of the bridge going to Rellekka. 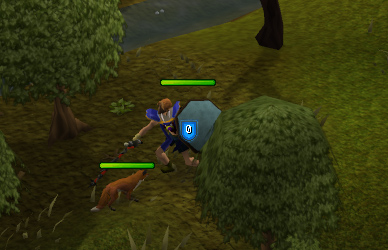 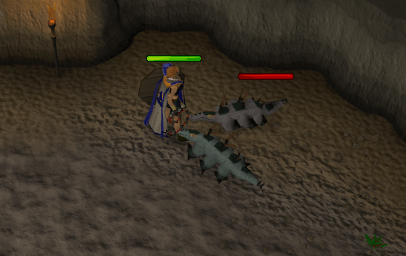 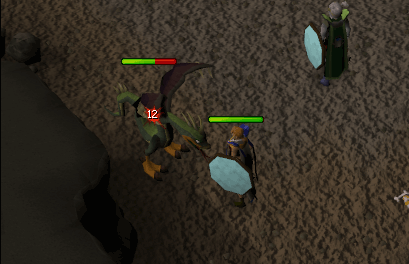 Location: North near the middle of the forest, east of Rellekka. 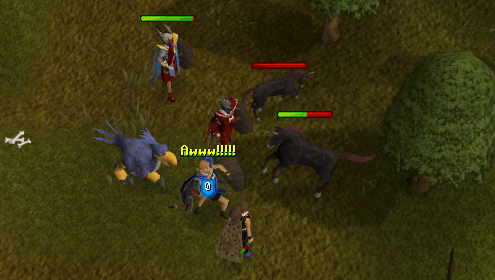 Location: Northeast in Rellekka's gates, across the fence from the Rock Crabs. There are Hobgoblins within the town boundaries of Rellekka that you can walk right up to. They're in the same area as the in-town Rock Crabs - just east of the dock where you embark for Neitiznot and Jatizso on the shoreline.

Location: North east of Rellekka, outside of the gate. 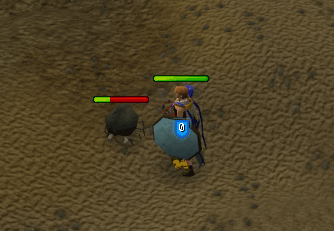 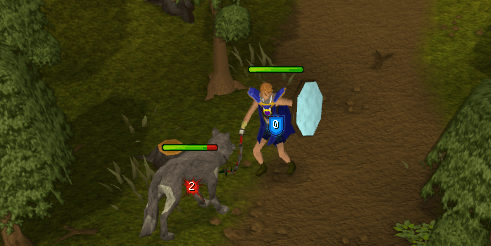 There are some things you will need to know whilst tackling this hairy task. The Cockatrice has a gaze that can greatly damage a player, so make sure you have your Mirror shield on. Cave crawlers, although low leveled, have the potential to poison you. If you think you may be hit, bring an antipoison potion. Using the Fairy Rings (code AJR) is also extremely helpful. It's quick access to Rellekka, and you can get rock salt and a mirror shield from Chaeldar. Sea Snakes, located under Miscellania/Etcetera also drop the snake spine.

Once you have all of the pelts, take them, a tinderbox, eight logs, and nine bags of salt to the Odd Old Man's quarry. Since the bags of salt are stackable, you could easily scrub them out on the way there. 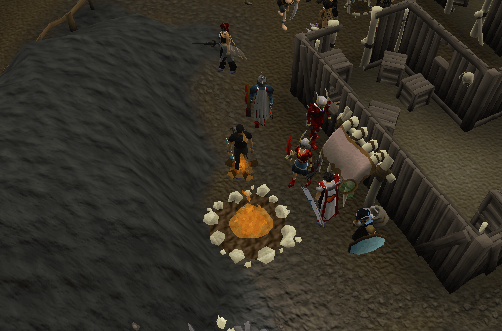 After you've scrubbed out all of the pelts, individually use the logs on the fire, stretch the pelt over the huge rib rack to the west of the fire, and light the fire. When the fire burns out, collect your newly-tanned fur. Be patient while it burns out and repeat with the other seven.

Once you have all of the silky smooth furs, talk to the Old Man, and quest complete! 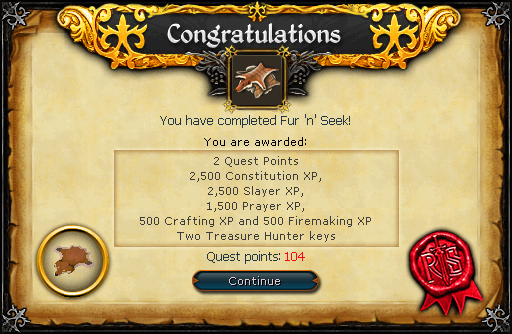 Upon completion, the Odd Old Man will have a neat new set of bones for you to gather! However, this time it's much more difficult. The requirements are greater and the beasts you will slay are tougher. Unlike with the furs, it will take multiple kills to get the special bone drop. There are twenty that you need to kill. After you've gotten them all, you will have to boil and polish the bones just like you did in the first Rag and Bone man quest. If you forget what bones you still need, check the Fur 'n' Seek quest journal under the Quest List. 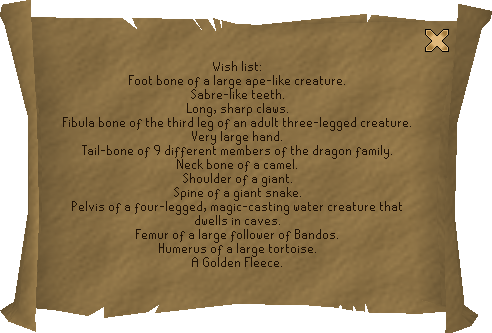 After you've gotten all the bones, go back to the Odd Old Man at the quarry. He will use the bones to assemble a level 320 Skeletal Horror in the arena located at the top of the stairs next to the fire pit. To defeat the monster, climb over the barrier at the bottom of the stairs. After a quick cut scene, you'll find yourself fighting the Skeletal Horror, with the Odd Old Man watching from the sidelines.

The Skeletal Horror attacks with multiple styles; the magic attack seems to be the fastest and to do the most damage. It's recommended to bring good food, prayer potions, and a superset, wear armour with high melee Defence, and pray against magic. He won't attack with the style you're praying against.

You may also want to bring a one-click teleport; however, you can also escape the battle by jumping over the bone barrier next to the Odd Old Man. 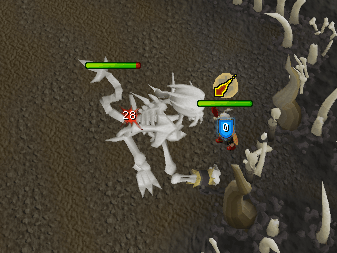 During the battle, first the right hand, then the left hand, and then finally the tail will get knocked off and fly across the arena. As soon as they land, they'll hop around trying to get back to the main body. You'll need to immediately run over, catch the body part, and bury it.

Each time you do, the Skeletal Horror will drop a combat level: first to 260, then to 180, then to 100. You need to be quick about it, since the parts reattach to the body as soon as they can, and will even jump out of your backpack after a short time! Once he loses his hands, he can't attack with Magic, so you can switch to Protect from Melee. 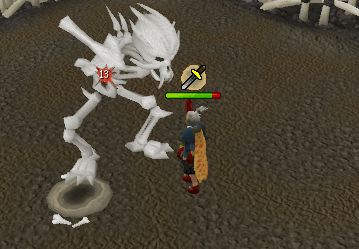 After the fight, you will have fully completed this quest. Talk to the Odd Old Man again, and he will thank you for freeing him. If you have a Bonesack or Ram Skull helm in your bank, he'll ask you to bring it to him before he rewards you.