Drezel the monk needs your assistance again! Help him find the Druid known as Filliman Tarlock, who may have an idea of how to defeat the ghastly terrors found in Mort Myre Swamp!

This time he has a special request for any adventurous sorts to search for the Druid 'Filliman Tarlock' and brave the terrors that infest the swamp of Mort Myre.

Speak with Drezel in the underground chamber of the Paterdomus Temple.

To begin this quest, find Drezel in the Underground Chamber from the Priest in Peril quest, and ask him if there's anything else you can do. He asks you to find Filliman Tarlock in Mort Myre. Tell him you will find him, and Drezel will give you 3 Meat and 3 Apple pies to bring to Filliman. Now go through the Magic Barrier and enter into Morytania.

Once you're in Morytania, cross the bridge and head south until you reach a gate. Open it and dash through the swamp continuing southward. Be careful, once you go through the gate Ghasts will attack you and may cause a piece of food to become rotten. If you don't have food, they will hurt you instead! The swamp may also decay you, causing damage. 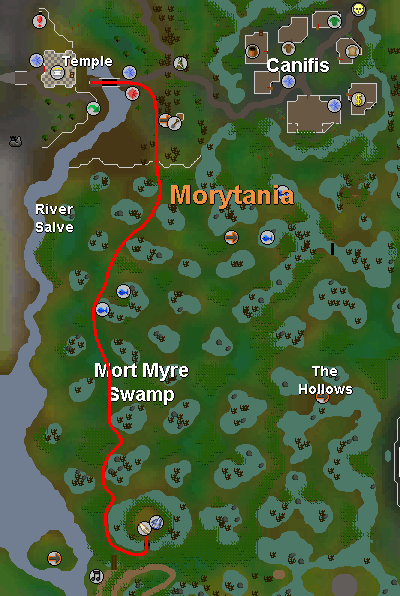 When you come to an island, take the west path until you come to a broken bridge. Jump over it (gives 15 Agility xp) and speak with Filliman, trying to make him realize that he is a ghost. Be sure to be wearing your Amulet of GhostSpeak when you talk to him!He refuses to believe you, no matter what you say. Next to him is a table with a Wash Bowl on it, and under the bowl is a Mirror. Pick it up and use it with Filliman, which makes him realize that he is indeed a ghost. 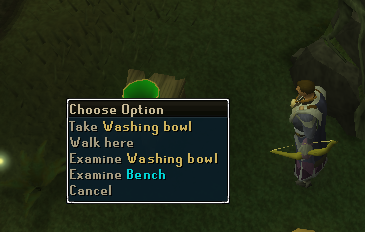 Now Filliman needs his Journal, so search the Grotto Tree to find it, and then use it with him. He remembers that he wants to become a Nature Spirit, and he needs you to find 3 things:

Filliman also gives you a Druid Spell to find the nature part. Head back to Drezel and have him bless you. Now go back into the swamp and cast the Bloom spell next to a log to get a piece of Mort Myre Fungi

. Bring this back to Filliman who still needs the other 2 parts. Search the stones, taking note of the symbols on them. To prepare the spell:

Speak with Filliman and tell him that you know what the puzzle is. He casts the spell and tells you to go inside the Grotto. He then tells you to get a Silver Sickle for him to bless, as well as a Druid Pouch. Craft a Silver Sickle and bring it back to the Nature Spirit. He blesses it the Sickle, tells you how to kill a Ghast, and that you need to kill 3 of them.

Go out into the swamp and cast the Bloom spell from the Sickle next to a log. Pick the Fungi that grows, and fill the pouch with 3 of them. 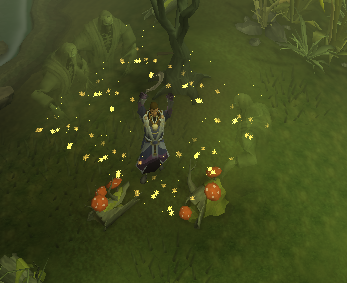 After you have three Fungi in the pouch, a level 50 Ghast will appear. Kill three of them and then visit the Nature Spirit again. He will cast another spell, and the Grotto will transform into an Altar of Nature. You're finished! 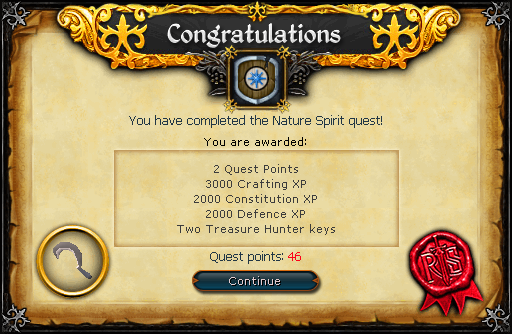 Silver Sickle 3,000 Crafting experience 2,000 Defence experience 2,000 Constitution experience Access to the Nature Altar, which you can pray at once to charge your Prayer and boost your level by 2 (like the Prayer Guild).

At the cost of some of your Prayer Points, you have the ability to cast the Bloom Spell with your Silver Sickle. If you cast it near a log, branch or shrub in the Mort Myre Swamp, a Nature Harvest (such as a piece of fungi) will grow and you can add it to your Druid Pouch. This spell can also be cast outside of the swamp, without any effect. 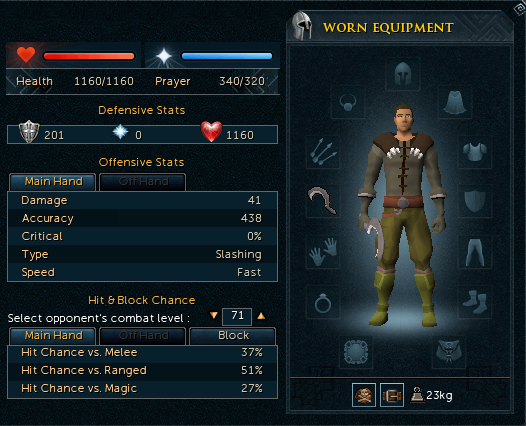