Begin by speaking to Mosol Rei east of Shilo Village on Karamja Island.

Firstly, go speak to Mosol Rei located east of Shilo Village on Karamja Island (which is south of Brimhaven). Ask why you need to run and he will tell you about the Queen of the Dead, Rashiliyia. He will ask you to go see Trufitus in Tai Bwo Wannai Village. Tell him that you'll find him, and he will give you a Wampum

belt to give to Trufitus.

Talk to Trufitus, found in a small house just north of Tai Bwo Wannai Village, and use the Wampum Belt on him. Ask him about the Legend of Rashiliyia, and then tell him that you will look for the Temple of Ah Za Roon.

Go to the General Store found to the northwest and purchase a Rope, Candle, Chisel, Hammer and a Tinderbox. Make sure you have some food, a weapon and some armor with you and head east. Follow the river south until you find a log, which you can cross to the other side. You may fall, depending on your Agility, so be prepared!

Continue south along the river until you see a Mound of Earth. 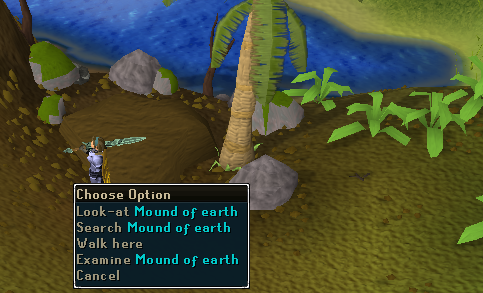 Light the Candle with your Tinderbox, look at the mound and then dig with your Spade. Throw your Lit Candle into the Fissure that appears, and then throw your Rope down. Climb down and you'll be in a cavern. Go several paces south and you should find a Cave-In; search it and wriggle through. Be sure to not follow the paths along the river! 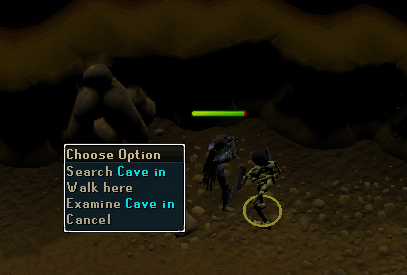 After wriggling through, head through the ruins past the undead and you'll see some Loose Rocks on the west wall. Search the wall and you'll find a Tattered Scroll; read it. 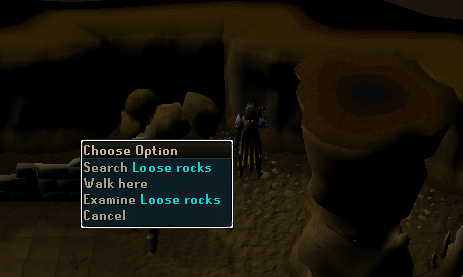 Go down the southeast tunnel until you see a small chamber. There should be some Sacks in there. Search the sacks and you'll find a Crumpled Scroll of Rashiliyia. Read the scroll. 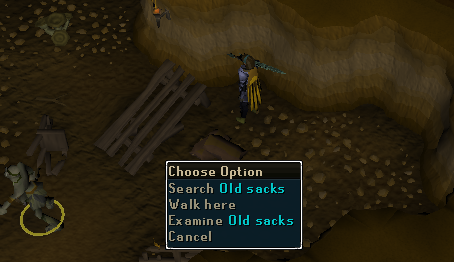 Now go up the other northern passage, east of the other one. When you get to the end you should see some Ancient Gallows. Search them and remove Zadimus' Corpse from it. Make sure you take care of it well! 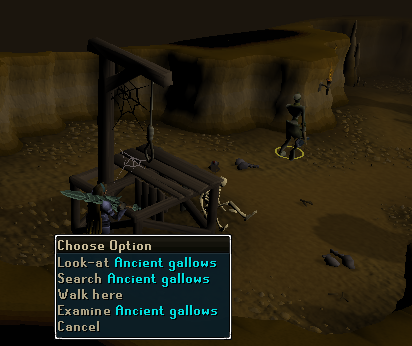 Head back to the cave you originated from and you'll see a table near where the water starts. Craft the table into a crude raft and make your way down the river, down the waterfall and back outside. Sometimes when attempting to craft the Raft, you may find that there isn't enough wood. In this case you have to run north along the river down the large tunnel until you reach the waterfall, search the rocks there and go through. You will end up directly outside the waterfall. Now head to Trufitus and speak to him.

When you get back to Trufitus, show him the items that you found. When you show him the Corpse of Zadimus, he will tell you to bury it in sacred ground. Go outside of his house and to the west, where you'll see a Tribal Statue. Bury the corpse in front of it and an Apparition of Zadimus will appear. 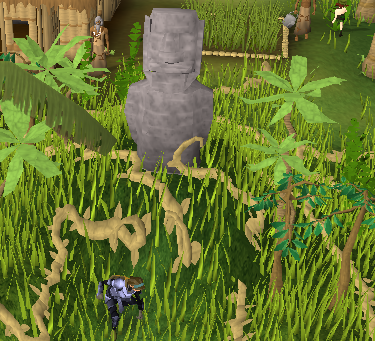 He will give you a Bone Shard which will say "I am the key, but only kin may approach her." Go back to Trufitus and use the Bone Shard on him. He will say that you should take the clue literally and find Bervirius' Tomb.

Now you need to go to Cairn Isle. Head to the western coast and walk south past the aggressive tribesmen and graahks you should see a large Rock Face. Climb the rocks and cross the bridge. Remember, you may fall off, so keep trying! After crossing it, head to the northern part of the island and search the Well-Stacked Rocks. Try to squeeze into the rocks but you may fail and get stuck, taking damage. When you finally manage to get through the rocks, go to the end of the tunnel and search the Dolmen. 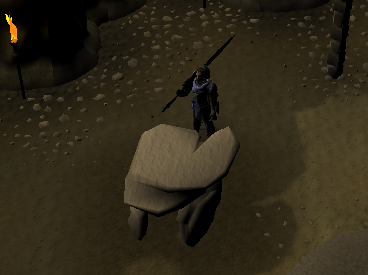 You should find a Sword Pommel, Bervirius' Notes, and a Locating Crystal. You can read the notes if you'd like to learn more about Bervirius and Rashiliyia. Also, if you drop or lose any of these items you can get a new ones by returning to the tomb and searching the dolmen.

Beads of the Dead

Go back to the tunnel and you should see a large gray hill. Use the Chisel that you bought earlier on the Sword Pommel to get some beads. Go to the Anvil just northwest of Trufitus' house and smith some Bronze Wire with the Bronze Bar (as you can't make a Necklace directly out of Bronze). Use the newly formed Wire with the Beads to make some Beads of Dead. Bring it back to Trufitus and use it with him. He will tell you that you can use it for protection against Rashiliyia. 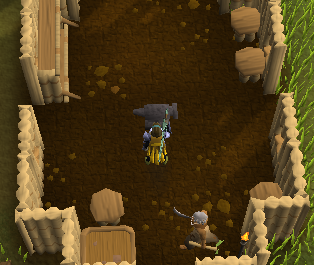 If you have sufficient food, potions, armor and weapons with you, you're ready to find the tomb! If not, go back to Ardougne to get some supplies and return. Be sure to have the Bone Shard and a Chisel with you. If you don't have access to the Shipyard in eastern Karamja, you should also bring 3 sets of regular Bones with you.

Head east to the river, cross the log and go to the Shipyard to get some bones (if you don't have some already) from the Workers. If you have the bones, head north until you find some Palm Trees. They are shorter than Tropical Trees so don't get confused with them! 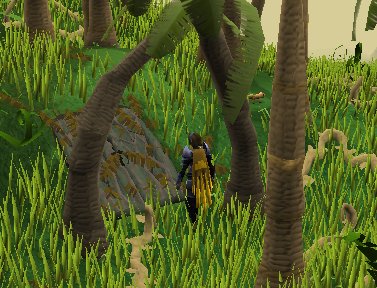 Search the Palm Trees and some doors should appear. You'll notice that it probably needs a key of some sort... think back to what Zadimus told and gave to you. Use the Chisel on the Bone Shard to craft it into a Key.

Wear your Beads of the Dead Necklace and use the key with the door to unlock it and go inside. Go through the gate and climb down the rocks. Now follow the west passage and then the southern passage. Take the first southwest passage you see and follow the tunnel until you find an ornately decorated door. Use each of the Bones with it, 1 at a time (be sure not to bury them!).

Note: When inside the tomb, make sure not to pick up any gold coins. This enrages the dead, making them attack you.

After that, go inside and look at the Dolmen. A Nazastarool should appear and will attack you 3 times, once as a level 76 Zombie, second as a level 76 Skeleton, and lastly as a level 76 Ghost. All forms are weak to fire spells. After defeating them all, Rashiliyia's Corpse should appear on the Dolmen. Take it, leave the room, head back up the rocks and use the Bone Key on the door to exit the tomb.

Now that you have Rashiliyia's Corpse, it's time to put her to rest. Head back to the river, over the log and back to Bervirius' Tomb to the south. Climb up the rocks, cross the bridge and search the Well-Stacked Rocks to get inside. Once inside, use Rashiliyia's Corpse with the Dolmen and Rashiliyia will appear and thank you. Congratulations, quest complete! 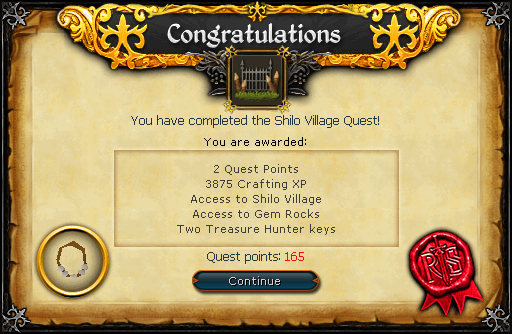