By: Jethraw
Special Thanks to: Aabid, cash money95
Original Guide by: Demsla

The druid Pikkupstix needs your help! Some of his assistants have gone missing and he needs your help to find them. You must summon your courage and uncover the mysteries of nature and the Druid people before it's too late!

The venerable druid Pikkupstix is in a bind. He needs someone to help him with a few missing assistants! Summon your courage and prepare to learn the deeper mysteries of nature, such as what druids keep in their bedrooms, and how large a rabbit can get before it becomes a little too big...

You can begin this quest by speaking with Pikkupstix in his house in Taverley. He will inform you that two of his assistants have been missing for some time and will ask you to look for them. 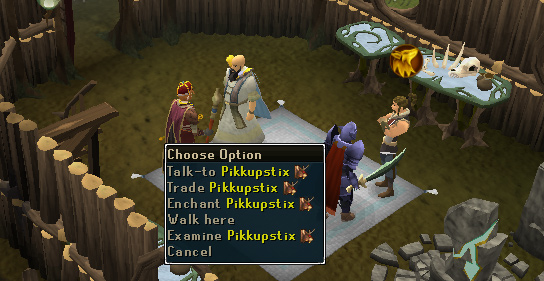 You must then speak to Scalectrix, who is situated just north of the Taverley bank. She informs you that Bowloftrix has been captured by some trolls! She then requests that you find a way of helping her, so you must return to Pikkupstix for advice.

After you inform Pikkuptrix of the fate of Bowloftrix, he tells you he may know of a way to save his assistants, and that is, to summon a giant wolpertinger! He will then ask you to fetch a number of items for him which are required for the spell.

The first of these items, is the Embroidered Pouch, and can be found up stairs in Pikkupstix' house, you can find it in the cluttered drawers.

Now, go south to the pet shop, and speak to the owner. The owner agrees to give you some White Hare Meat, as it is an emergency! 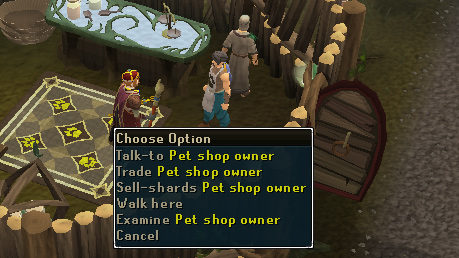 You must now go west, on to White Wolf Mountain, where you will discover the body of Stikklebrix. You must search his body in order to obtain the last item, a Bone Amulet.

Now return to Pikkupstix, who will now give you the last item, called Rare Summoning Items. Speak to him again and he will enchant the items so that should you lose them, they will return to him. He then instructs you to infuse the pouch at the obelisk.

Step over to the obelisk and you will receive the following message:

You must now once again speak to Pikkupstix. He then sends you back to Scalectrix, ensuring you that between the pair of you, you will be able to summon the Wolpertinger and save Bowloftrix. Return to Scalectrix by the well, just north of Taverley bank.

A cutscene will now follow, during which you enter the well and summon the Wolpertinger, stunning the trolls. Poor old Scalectrix is in the midst of being cooked for troll dinner!

The trolls will be scared away, allowing you to escape with Bowloftrix, who is in the process of being made into troll stew! 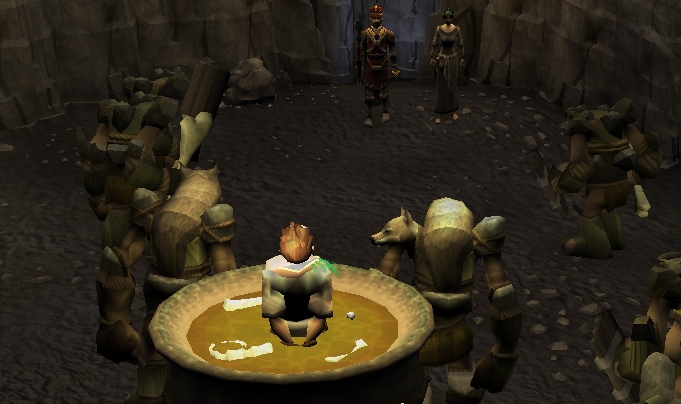 You will now be safe, outside of the well with both of Pikkupstix' assistants. Bowloftrix will thank you, before running off to "have his injuries checked out", seems more like he's had enough of the druidic life. 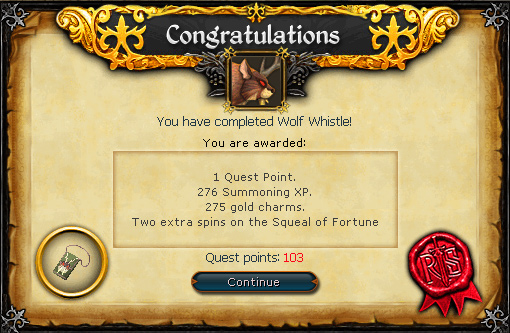