If you are looking for the modern RuneScape guide for this content, please see our A Soul's Bane guide.

A rift in the ground has opened up, releasing all manner of strange monsters into the lands near the Dig Site. A sorrowful mother waits at the top of the rift for her long-lost son, who has been missing for 25 years. You can journey down into the rift for an adventure full of twisted monsters, all created from the mind of a young boy driven to madness through incarceration.

Begin by talking to the old women named Launa who can be found north of the glider in the Digsite.

Talk to Launa and she will tell you about the origin of the Hole and about her son and husband. When the chance comes, tell her that you will go look for her husband and son.

Now take a rope, use it with the Rift and climb down into the Anger Room. 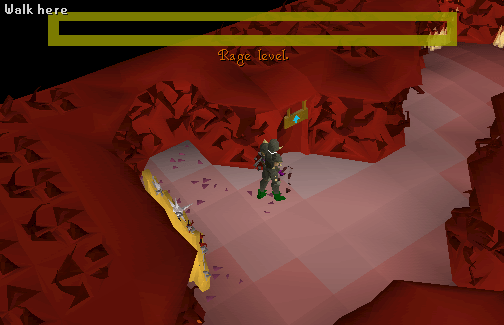 As soon as you enter you will watch a small cutscene. To get through this room you have to fill up the Anger Meter:

To do this, you have to kill the monsters in the room. You will have a choice of taking a weapon from the weapon rack, and each weapon only hurts one type of monster in the room:

Don't be surprised if you hit high in the room: as you can see from the pictures below, it's natural to hit well over 100!

Kill the animals in the room until your Anger Meter fills up, and once it's full, your character will do a weird dance and a dragon comes out.

Then the screen blacks out and you will see a short cutscene. Now go through the exit, not the ladders. 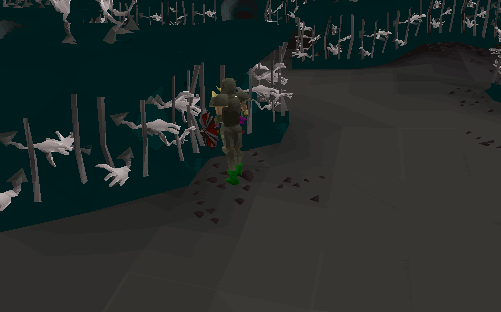 Go around and look into every Dark Hole on the sides of the wall. Search all of the Dark Holes until a Fear Reaper comes out, kill it, and repeat until you've killed 5.

After you have killed 5 Fear Reapers, you will view a short cut scene. Then go and Enter the Black Hole. 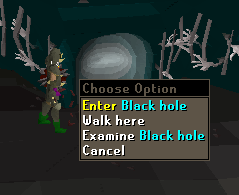 Note: If you run, the Confusion Beasts may mage you! 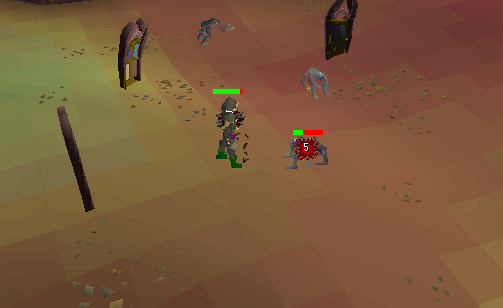 Be careful as they can poison you, but the poison is weak and only hits 1's. You have to kill that beast 5 times and after the fifth time, there will be only one door standing.

You will then see another cut scene. Now enter the remaining door. 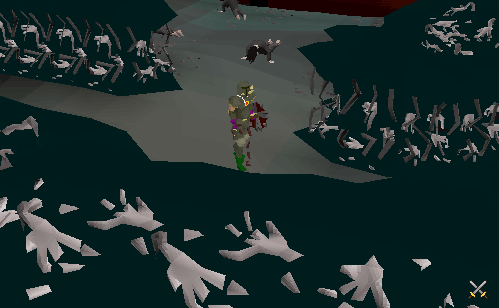 In this room, you'll have to kill each monster 3 times. When you get it's first form down to 0 hitpoints, it will shrink down and regain its' hitpoints and you'll have to fight it again. After killing it for a third time, it will disappear completely. Now cross the Bridge of Hope and enter the Black Hole. 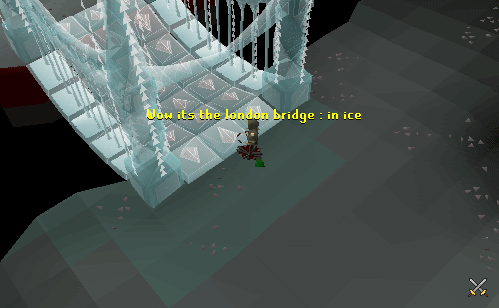 When you enter the black hole from the hopeless room, you will see another cut scene - but this time it is between the father and... the tentacles... I mean son, as they reminisce. 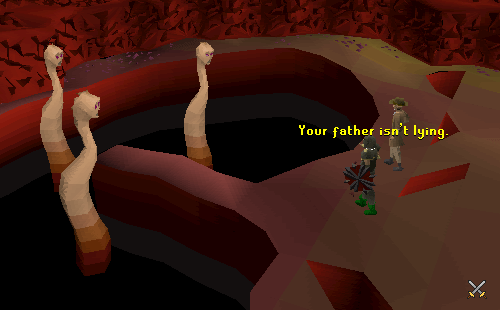 After the cut scene, it is you job to kill the three tentacles. They are quite weak, but they can poison you, although the poison only hits 1 at most. Then Tolna will wake up.

When Tolna has woken up, speak to him. When the conversation is over you will appear outside. Once you are outside, Launa will no longer be there, but Tolna will. Speak to Tolna and he will tell you about what he was doing inside the rift. Then he will thank you, and give you your reward. Congratulations! Quest Complete!