Talk to the Easter Bunny south of Falador.

You can start the event by talking to the Easter Bunny who is just south of Falador. 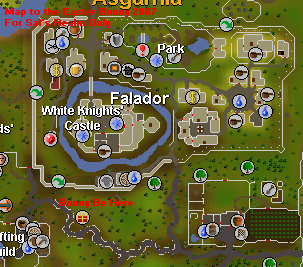 He explains that he is in a spot of trouble. Since last year he tried hypnotizing bunnies, this year Harvey the bunny thought he'd use enchanted Chocolate Bunnies this year. But unfortunately he was given enchanted chocolate Kebbits instead so he entrusts you with the task of rounding them up.

Turn around and enter the hole nearby and you should be in a large burrow.

The Kebbits are easy to catch. All they require you to do is click on them. However this is a problem, as you must compete with other players to catch them so remember to lose as much weight as you can and bring energy pots if you want to keep running. There is a chance the Kebbit will slip out of your hands. Take the Kebbits you catch to a chute which can be found north of where you enter. You don't need to use Kebbit with chute, only click on the chute. It is quicker to get all 10 before going to the chute as if you use all 10 on it you will drop them all down.

Kebbits can be taken out of the Rabbit Warren and can be used as food. However they are nontradeable.

Once you have finished go through the door and you will be in a large room with Kebbits in it. Go to the pile and pick up 5-10 Eggs and stand at the top of a slope. Click on the egg and you will bowl it down the slope and your aim is to hit a Kebbit. Sometimes 1 egg could destroy up to abut 3 Kebbits at a time! Once you hit one go quickly to pick up its' remains. Remember, you need 10. 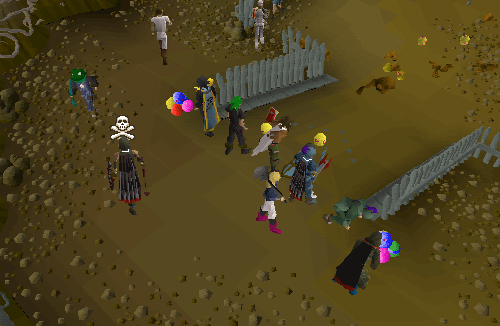 Return to the Easter Bunny and he will reward you with Chicken Feet and Chicken Legs. He will then tell you that a Kebbit stole a Rabbit Mould he will now give you a magical Easter egg which transforms you into a rabbit. So go back down the hole and look east and you will notice a small hole. Eat your egg while standing in front of it and you will turn into a Rabbit and scamper in. If you haven't got it before, eating the egg will unlock the rabbit hop emote.

Once inside you will find yourself in a large room with about 36 holes inside. 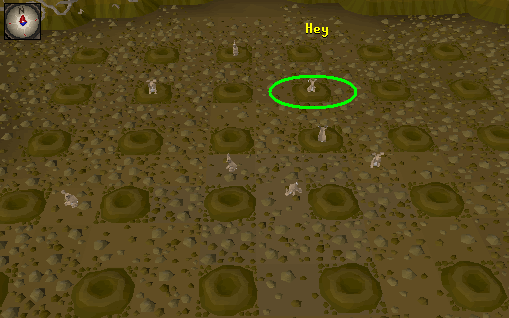 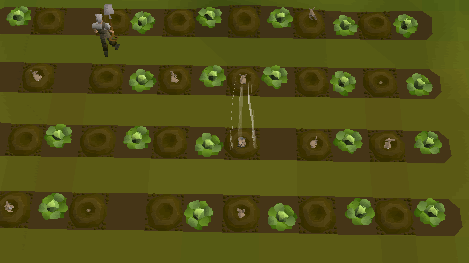 Watch out for Nigel or he will hit you with his shovel which will knock you back down your hole and stun you. If you examine Nigel it says "Not even his mother loves him". As soon as you go up the correct hole you will have the mould. Once you get the mould, return to the Easter bunny once again and he will give you the rest of your chicken reward. Why does a Rabbit have a chicken suit you might ask? Well it's a fancy dress.

Note: Once you have left the Warren to get your reward, you will no longer be able to return to it. 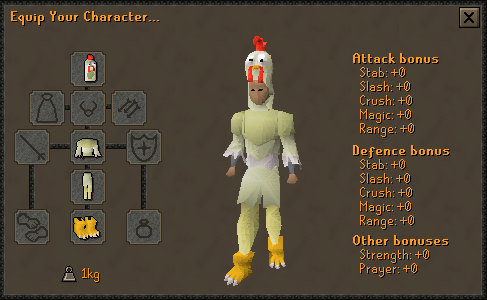 If you lose your costume go talk to Diango for a new one. and if you use the flap emote, which you obtain from Stronghold of Security, while wearing the full chicken suit you will use an improved flap in which you will actually float for a few seconds which can be seen below.