The Kalphite Queen is one of the most difficult monsters in RuneScape. She is level 333 and is located in Kalphite Tunnels, west of Shantay Pass. She has 2 forms. First one is a bug-like thing, while the second one is a wasp. Both forms needs to be killed before you can obtain the drop.

Before you begin, it's best to buy yourself a set of Veracs Barrows armour. It ignores prayer so it is the best way to kill the Queen these days. Also, it is not recommended to solo the Queen, unless your combat is 115 or better (you could still try, but it would take a few trips). Get yourself a partner (1 will be enough), and you will kill both forms in 1 trip (100+ combat recommended). You and your partner should meet at Shantay Pass and prepare yourself with next things:

Instead of teleport runes, you could use a House Teleportation Tablet (Teletab) or a Camelot Teletab.

If you have a Player Owned House with an Altar set up (along with an Amulet of Glory on your wall) , you could teleport to your house, recharge your prayer, and then use the Amulet of Glory to teleport back to Al Kharid. 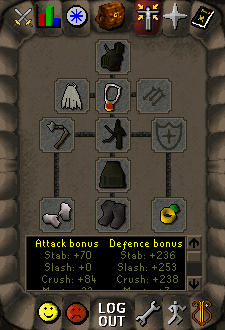 This guide describes how to kill the Kalphite Queen using Veracs armor, but if you can't afford to buy a set, or you don't want to risk losing it, here are some suggestions:

It will be more difficult going against the queen using these equipment sets, but just about all of these items can be replaced for a lot less than a full Barrows set.

Getting to the Queen

Go through Shantay Pass and run to the west until you see an entrance to the tunnels. Use a rope with it and climb down. 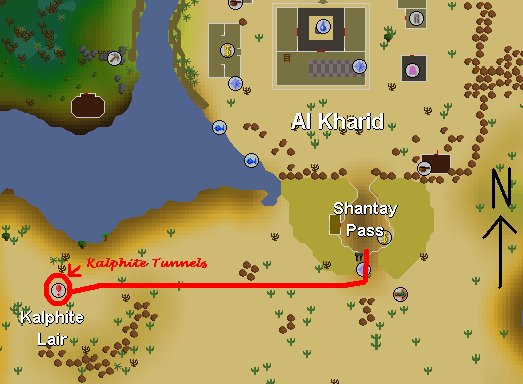 Good, now you are in the tunnels. Here you can encounter Kalphite Workers, Soldier and Guardians in the end. Just follow the tunnel and you will see another entrance. Drink a super set before going down. Here's a map to the lair 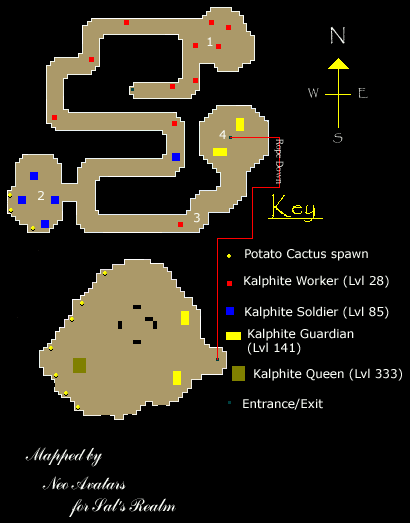 Now your partner (or you) should use a rope with the entrance and climb down. When you get down, put on Magic Protect and Protect Item (if you die you will save full Veracs. If you do not item protect, you will lose Veracs Helm). 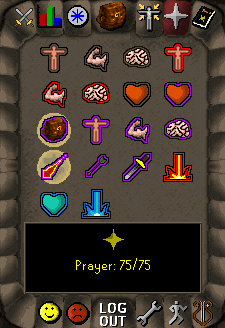 Run west and soon you should see the Queen. Attack her and form a circle around her as in the following picture:

This way she will be spinning and she will not hit you as often. The first form is fairly easy because she only has Protect From Range and Protect From Magic on.

After you kill first form she will start transforming.

Now, the second form is a bit harder because she uses Protect from Melee. Your Veracs set will ignore her prayer most of the time and will hit like it normally does.

After you kill her, pick the drop and teleport to the Duel Arena.

Tip: Turn Auto Retaliate off. If you do so you won't attack other workers if they attack you when you eat a shark or drink a potion.

When you teleport to Duel Arena you can share drop here then run to the main building and heal with the help of nurses and pray at the altar, or you can just challenge your partner to heal after the match is over. Return to the Shantay Pass and repeat the process.