Have you ever wondered about getting those capes with unique designs and colors? If you have, this guide will tell you all about them! There are 50 capes in total, sold by the Cape Sellers located throughout the Wilderness. Team Capes are available to both Freeplayers and Members of RuneScape.

While wandering around in the Wilderness, you may come across a Cape Seller or two trying to sell you a special Team Cape. There are a total of 50 capes to choose from, and each set of capes has its own unique design. 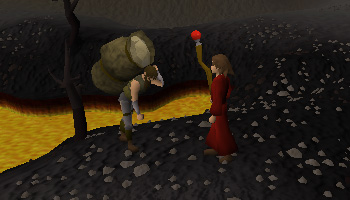 The main purpose of Team Capes is to prevent you from accidentally attacking your friends in the Wilderness. When two players wear the same Team Cape, they will appear as a blue dot, rather than white, on each others' in-game minimap. Additionally, the left-click option to Attack another player wearing the same cape will be moved to the right-click context menu. The left-click option for two players wearing different team capes will always be to Attack the other player, even if the other player is a higher level.

Of course, team capes look neat too, so you can wear them anywhere! They match well with all sorts of outfits, and they only cost 50gp each. 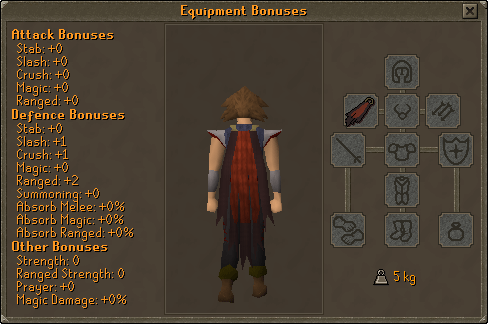 All Team Capes have the same equipment bonuses when worn.

A single Team Cape may also be stored on your Player Owned House Cape Rack, so you can always have your favourite Team Cape just a House Teleport away!

You will notice that the number of each team cape merchant corresponds to the "group" of team cape he sells. For example, Darren is merchant #4, and sells capes 4, 14, 24, 34, and 44. There are also five different cape colors to choose from:

There are nine Team Cape merchants scattered throughout the Wilderness, and one located in the Gamers' Grotto. Each cape merchant sells five different capes of the same style, but different colors.

Remember, some of the Cape Sellers tend to wander around a bit, so you may need to look around the area for them. This is especially true for William and Edmond, as they wander around the most.

The following is a map of the Team Cape Seller locations in the Wilderness. 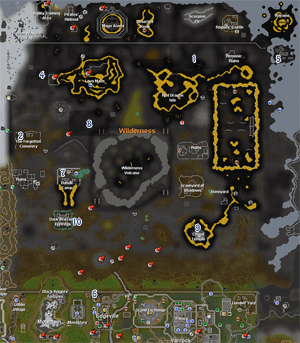 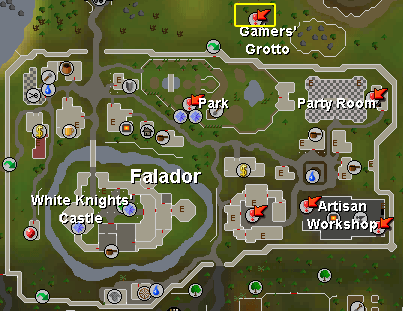