This year featured the first Thanksgiving event in RuneScape. In this event, players had to locate ten Turkeys disguised as ordinary objects around RuneScape.

Talk to the Cook's Brother found in the Lumbridge Castle kitchen. He tells you that he and his brother imported a new bird for the Thanksgiving meal, but unfortunately one escaped and liberated the others. This is why he needs you to help track them down. He will then give you a Turkey Book, which gives hints as to where the turkeys are located. This is optional and you do not need to talk to the Cook's Brother to participate in Hide and Seek. 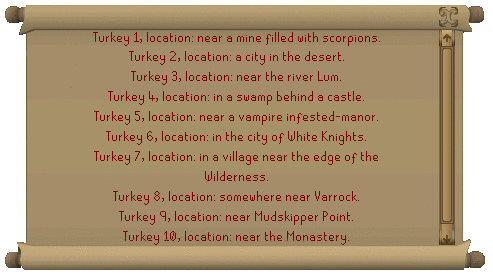 Note: This list follows the order of the Turkey Book. Also, Turkeys may wander, so if you do not see the Turkey, look around the area.

Entrance to the Al Kharid mine. 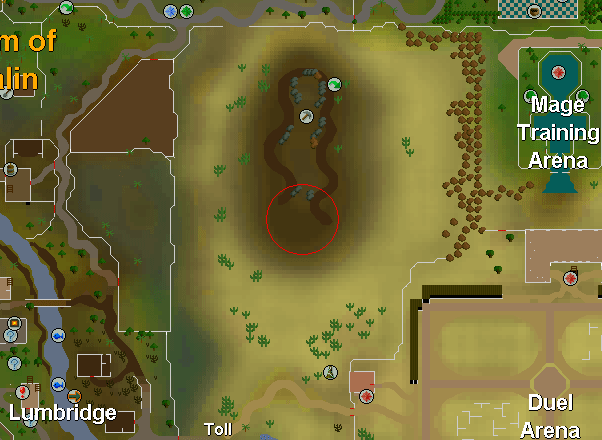 Inside the Al Kharid general store. 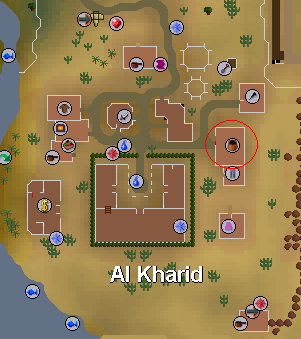 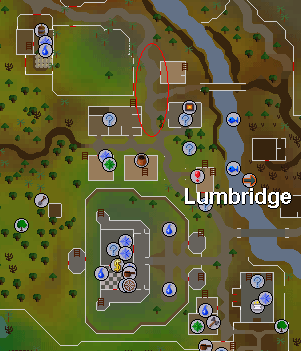 Note: He may be trapped inside the sheep pen.

In the middle of the Lumbridge Swamp. 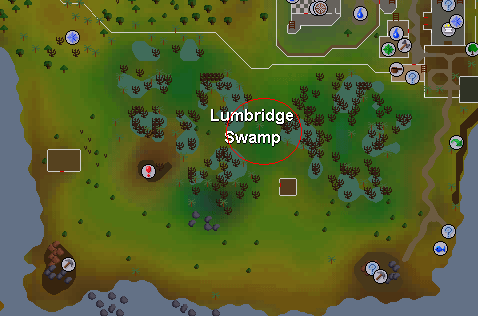 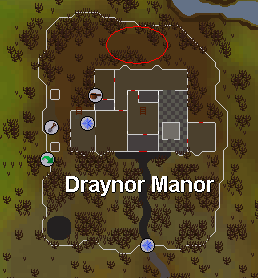 Behind the houses east of the Mining Guild. 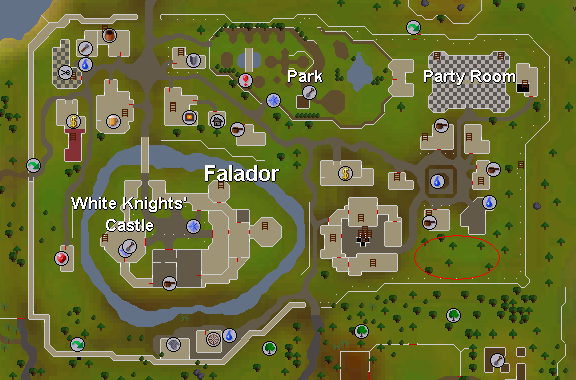 Near the yew trees in Edgeville. 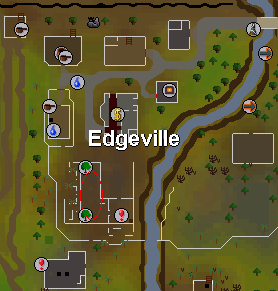 Near the apothecary in Varrock. 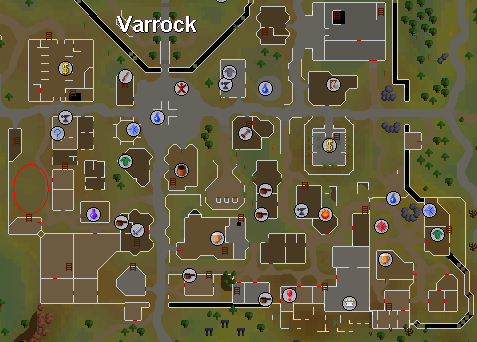 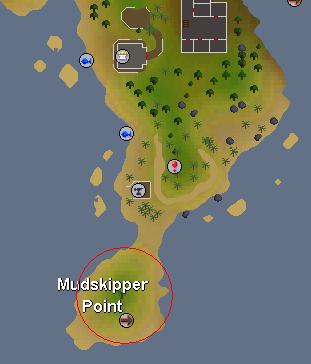 West of the Monastery. 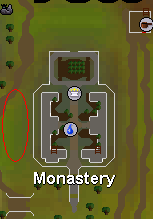 There are two different methods in which you can complete this task, by walking or by teleporting. Teleporting is obviously the faster of the two.

Below are three maps in which you can find all of the Turkeys the quickest. You can start anywhere, but I will be starting at Lumbridge. 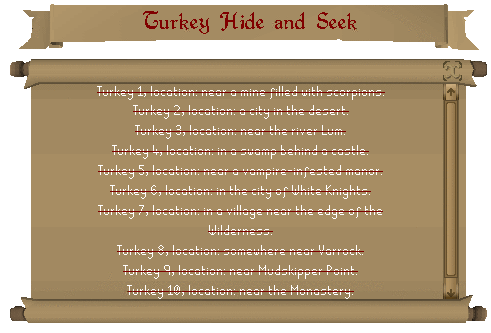 Once you have found all 10 turkeys, the last turkey you find will teach you the Give Thanks emote and give you a cornucopia. 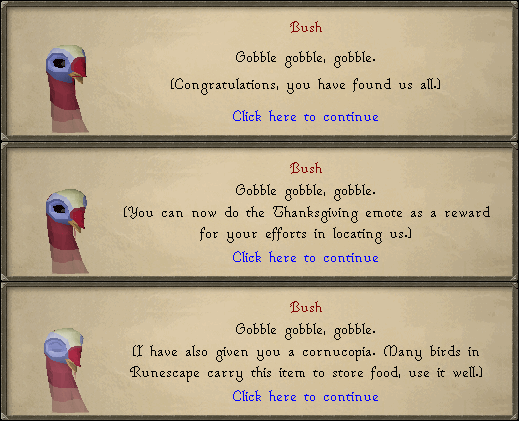 If you have already received a cornucopia, you will see a different message.

This can store food that heals up to 140 Life Points. Birds, such as seagulls in Port Sarim and birds like the ones you can find on Karamja and Ape Atoll, will drop the cornucopia.

Level 5 turkeys, which drop raw turkeys and raw turkey drumsticks, are found in many places, and are random as to where they respawn, although they usually remain in the same region. Turkeys can be found in areas including:

You can get the Give Thanks emote and cornucopia quicker by killing turkeys than you do by participating in Hide and Seek.